We support each other and foster a community where everyone can grow and excel. Building a community that embraces Inclusion, Diversity, Belonging, and Equity (IDBE) is a top priority at NYU Stern.

We have identified three key areas for our continued focus:
(1) Educating and updating our community
(2) Providing support to and ensuring representation within our community
(3) Monitoring policies and processes.

Our ongoing efforts are the result of collaborations across offices, groups, faculty, staff, and students throughout our community, including NYU’s Office of Global Inclusion, Diversity, and Strategic Innovation.

Biography
Dolly Chugh is an Associate Professor in the Management and Organizations Department at New York University Stern School of Business. Her research focuses on the psychological constraints on the quality of decision-making with ethical import, a phenomenon known as "bounded ethicality" (Chugh, Banaji and Bazerman, 2005). Professor Chugh currently teaches MBA courses in leadership, management and negotiations. Additionally, she has taught at a men’s prison through the NYU Prison Education Program at the Wallkill Correctional Facility, where she is currently running a book club.

Her first book, The Person You Mean to Be: How Good People Fight Bias (HarperCollins, 2018) has received acclaim from Malcolm Gladwell, Adam Grant, Susan Cain, Daniel Pink, Billie Jean King, Carol Dweck, David Thomas and Angela Duckworth. Her recent speaking engagements have included Starbucks’ corporate headquarters, the American Museum of Natural History and the Hollywood Commission on Sexual Harassment and Diversity chaired by Anita Hill. Professor Chugh's 2018 TED Talk was viewed more than 1.5 million times in its first month online and ranked as one of the 25 most popular TED Talks of the year. She also writes a monthly column about race, gender, diversity, inclusion and bias for Forbes.com.

Her research integrates the theories and methods of social psychology, behavioral economics, judgment and decision making, sociology and education. Professor Chugh has published more than 20 articles and book chapters on these topics in both top managerial and academic publications, such as the Harvard Business Review, Psychological Science, Administrative Science Quarterly, Academy of Management Journal, Journal of Applied Psychology, Research in Organizational Behavior and The American Economic Review.

Her work has appeared in Lean In by Sheryl Sandberg and What Works by Iris Bohnet, as well as a recent White House Council of Economic Advisors Issue Brief. She has appeared live on the Melissa Harris-Perry Show on MSNBC, and she and/or her research is regularly featured in numerous media outlets, including National Public Radio, NBC News, Scientific American, Forbes, The Washington Post, CosmoGirl, The New York Times, The Economist, The Huffington Post, the Financial Times and the Stanford Social Innovation Review. Her first-authored Sunday New York Times op-ed was in that weekend’s Top 20 most-emailed/read/tweeted articles

She has been named one of the Top 100 Most Influential People in Business Ethics (a list which included Pope Francis, Angelina Jolie and Bill Gates) by Ethisphere Magazine, a finalist for the Faculty Rising Star Pioneer Award by the Aspen Institute and the recipient of the prestigious New York University Dr. Martin Luther King, Jr. Faculty Award (whose past recipients include NYU Law professor and Just Mercy author Bryan Stevenson). As one of the most highly rated business school professors at New York University, she received the Stern School of Business Teaching Excellence Award in 2015.

Stern Chats: NYU Stern MBA Podcast
In this episode of Stern Chats, Professor Dolly Chugh goes in depth about her primary research topic, implicit bias. She also discusses her work with the Prison Education program through NYU and her book “The Person You Mean To Be: How Good People Fight Bias.”   LISTEN NOW

TED “How to Be a Better Human” Series
In this post, Professor Dolly Chugh provides helpful advice on how we can all go about having more inclusive virtual meetings in the age of COVID.  How to have more inclusive meetings over Zoom 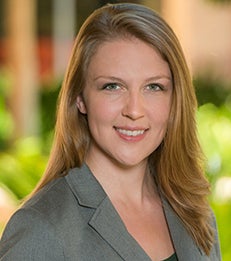 Professor Phillips’ research investigates diversity and hierarchy management. Her work focuses on engaging traditionally privileged groups in diversity efforts and identifying methods to increase cooperation between the advantaged and disadvantaged. She also explores the role advantaging processes play in determining employee and organizational outcomes. She has published research in leading management and psychology journals, including the Journal of Personality and Social Psychology, Journal of Experimental Social Psychology, and Research in Organizational Behavior. Professor Phillips' work has also been covered by a variety of media outlets, including NPR and Stanford GSB Insights.

Before joining NYU Stern, Professor Leslie spent six years as an Assistant Professor at the University of Minnesota Carlson School of Management.