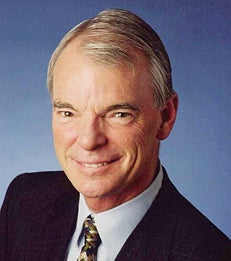 Nobel Laureate A. Michael Spence joined New York University Leonard N. Stern School of Business as a professor of economics in September 2010. He is a senior fellow at the Hoover Institution and the Philip H. Knight Professor Emeritus of Management in the Graduate School of Business at Stanford University.

Professor Spence, whose scholarship focuses on economic policy in emerging markets, the economics of information, and the impact of leadership on economic growth, was chairman of the independent Commission on Growth and Development (2006 - 2010), a global policy group focused on strategies for producing rapid and sustainable economic growth, and reducing poverty. He also serves as a consultant to PIMCO, a senior adviser at Oak Hill Investment Management, and as a member of the board of the Stanford Management Company as well as a number of public and private companies.

Professor Spence served as Philip H. Knight Professor and dean of the Stanford Business School from 1990 to 1999. Before that, he was a professor of economics and business administration at Harvard University, chairman of its economics department, and dean of its Faculty of Arts and Sciences.