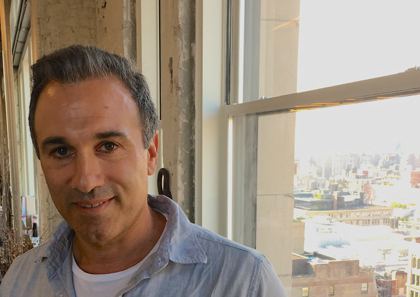 Adam Pincus is an award-winning creative executive with a diverse background that includes the development, production and financing of scripted and nonfiction television series, narrative and documentary film, and the creation of digital content and brands. He has been an independent producer, a network executive and head of an independent studio, and created and led the branded entertainment practice at a major media agency. Throughout his career he has established and run successful, innovative content businesses, both within large companies and as an independent. Along the way he’s been awarded a Peabody, a BDA Gold for broadcast design, and the Cannes Lion; his projects have been nominated for Gotham, Independent Spirit, Emmy and Academy Awards.

Most recently, Pincus helped found Topic Studios, the entertainment brand of First Look Media. The studio’s first outing was the film Spotlight, winner of Academy Award for Best Picture. While at First Look Media, where he served as the company’s Executive Vice President, Programming & Content, Pincus was a main architect of the company’s strategy, and built the creative team and operation responsible for the studio’s numerous successes. These include Debra Granik’s critically revered feature film, Leave No Trace; Roman J. Israel, Esq. which earned Denzel Washington an Academy Award nomination; the #1 podcast and bona fide cultural phenomenon, “Missing Richard Simmons”; the Showtime original documentaries, XY Chelsea and The Blue Wall; the Netflix series, “Losers”; Wyatt Cynac’s Emmy-nominated digital series, “AKA Wyatt Cynac”; and the upcoming, star-studded original musical podcast by John Cameron Mitchell, “Anthem”, among others. The studio developed The Laundromat with producer Lawrence Grey (Lights Out) and writer Scott Z. Burns (Contagion, The Bourne Ultimatum), which is currently being made by Netflix with Steven Soderbergh directing and starring Meryl Streep, Gary Oldman and Antonio Banderas.