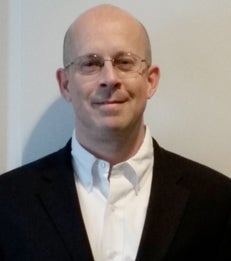 Paul H. Tice is an Adjunct Professor of Finance at the Leonard N. Stern School of Business at New York University, where he teaches mainly on the energy, infrastructure and project finance markets. Mr. Tice has been a frequent guest lecturer, panel speaker and case study/research author at NYU Stern since 2013, and served as an Executive-in-Residence at the school from 2015-2017. He also regularly contributes Op-Ed pieces on energy- and finance-related topics to The Wall Street Journal, The Hill and other news media.

Mr. Tice has worked on Wall Street for the past three decades and is a 29-year veteran of the fixed income and credit markets, spanning investment grade, high yield, emerging markets, middle market lending and private/illiquid credit, including stressed/distressed/special situations. For the last 23 years, he has specialized in the energy and infrastructure sector, both as a top-quartile buy-side portfolio/investment manager and as a top-ranked sell-side research analyst.

Mr. Tice currently works at Schroder Investment Management, where he is a Senior Investment Manager and heads up energy sector credit research for the firm’s global fixed income business. Prior to joining Schroders in August 2017, he was a Senior Managing Director and Head of the Energy Capital Group in the asset management division of U.S. Capital Advisors, an energy-focused financial services boutique. Prior to joining U.S. Capital Advisors in 2015, he worked at BlackRock, where he was the Head of private energy investments for the firm’s Credit platform and Americas Fixed Income business, while also serving as the Lead Portfolio Manager for the Energy Strategy book within BlackRock’s R3 Fund.

Prior to joining BlackRock in 2009, Mr. Tice was the Chief Operating Officer, Co-Chief Investment Officer and a Senior Partner of R3 Capital Management, a multi-strategy, credit-focused hedge fund manager that was spun out of Lehman Brothers in May 2008 and subsequently acquired by BlackRock in April 2009.

Prior to R3 Capital Management, Mr. Tice worked for a total of 14 years at Lehman Brothers (2002-2008, 1989-1997) in a variety of roles, most recently as a Managing Director in the firm’s Global Principal Strategies (GPS) division, an internal, credit-focused proprietary fund that was formed in June 2006 and spun out in May 2008. While at GPS, Mr. Tice supervised the fund’s investments in the energy and power sector, while also managing the overall GPS research effort and approving all private equity and longer-term investments by the fund.

Prior to joining the GPS group in 2006, Mr. Tice spent 17 years in sell-side credit research, both at Lehman Brothers and Deutsche Bank/Bankers Trust (1997-2002), where he mainly covered the energy sector, both as a senior analyst and a producing manager.

Mr. Tice has covered the energy sector since 1995 and was one of the top-ranked Investment Grade Energy analysts over 1995-2006. In 2006 and 1998, he was the #1 ranked Investment Grade Energy analyst on Institutional Investor’s All-America Fixed Income Research Team. Prior to originally joining Lehman Brothers in 1989, Mr. Tice was a senior financial analyst at JPMorgan Chase.

The EU Wants to be Your Green Investment Adviser

Will Biden Choose Paris Over Bismarck and Pierre?

Decarbonization is on the Ballot this November

If You Like Lockdowns, You’ll Love the Carbon-Free Future

Memo to Trump: Don’t Bail Out the U.S. Shale Industry

In an op-ed, Professor Paul Tice outlines steps the Trump administration can take to streamline the oil and gas pipeline process

It’s Not Too Late for New York to Start Fracking

On Climate, the Kids Are All Wrong

States Should Team Up With The Private Sector On Infrastructure

Trump’s Next Step on Climate Change