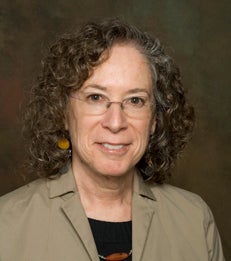 Barbara G. Katz is Professor Emerita of Economics at the Stern School of Business, New York University. Professor Katz earned a B.A. in Economics, with Honors, from the University of Pennsylvania in 1968 (where she was elected to Phi Beta Kappa), an M.A. in Economic History from the University of Pennsylvania in 1969 and a Ph.D. in Economic History from the University of Pennsylvania in 1973. She has held Visiting Professorships at the Leon Recanati Graduate School of Business Administration, Tel Aviv University, Israel, and at the Essec Business School, Cergy, France. She has served on many Stern School committees and in the 1990's was elected a Stern School Senator to the University Faculty Council. Professor Katz has served on the Editorial Boards of Journal of Comparative Economics, Comparative Economic Studies and Economics of Planning (renamed Economic Change and Restructuring), and continues on that of Economic Change and Restructuring. She also was elected to a term on the Executive Board of the Association of Comparative Economic Studies.

Professor Katz's research focuses on the group of economies in transition that were created as a result of the fall of the Berlin Wall and the break-up of the Soviet Union. In particular, she has studied the optimal time path for privatization, the efficiency aspects of voucher privatization and how the choice might be made between big-bang and gradualist reforms. Recently she has worked on models relating to the emergence of the rule of law in economies in transition. One paper investigated the claim that property rights create their own demand for laws to enforce them. Another considered the relationship between crime and uncertain punishment in transition economies. A third modeled agents facing the uncertainty of two future forms of government who were able to insure against this uncertainty by hiding funds from taxation. She has also written on foreign direct investment and, most recently, is engaged in research relating to shareholder activism.