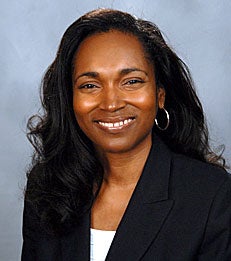 Cynthia Franklin is the director of entrepreneurship for the Leonard N. Stern School's W. R. Berkley Innovation Labs at New York University. There she oversees the development and implementation of various initiatives that nurture entrepreneurial talent at NYU. Each year, the Berkley Innovation Lab serves hundreds of students, alums and other aspiring entrepreneurs through its venture competitions (which awards more than $200,000 in cash and services), venture mentor network, conferences, speaker series and technical assistance programs.

Cynthia is also the instructor for Strategic Steps for Growth, an innovative nine-month management development program designed for CEOs of high-potential minority and women owned businesses and offered by the New York City Department of Small Business Services in partnership with the Berkley Innovation Lab. By completion of the program in 2011, companies in the founding class had secured millions in new government contracts and new financing, and created dozens of new jobs.

For her work with startups and small businesses and promoting entrepreneurship and economic development in urban communities, Cynthia has received numerous honors and awards including from the U.S. Small Business Administration, the U.S. Department of Commerce, the NYC Mayor's Office, and many others. She has appeared on or been featured in MSNBC's Your Business, Crain's NY Business, The New York Times, and Essence magazine as well as a host of other media outlets.