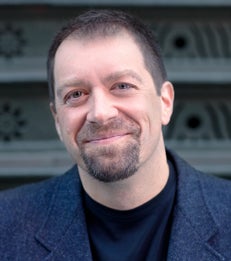 FOSTER PROVOST is Ira Rennert Professor of Entrepreneurship and Information Systems and Director, Fubon Center, Data Analytics & AI, at the Stern School of Business at New York University. He is also Professor of Data Science at NYU and former interim Director of the NYU's Center for Data Science. He previously was Editor-in-Chief of the journal Machine Learning and was elected as a founding board member of the International Machine Learning Society. From 2019-2022 Foster was a Distinguished Scientist (full-time) for real estate tech giant Compass. Foster stands out in data science for having made substantial contributions across research, practical applications, and business thought leadership.

Foster's research on data science and machine learning has won many awards, including (among others) the 2020 ACM SIGKDD Test of Time Award, the 2017 European Research Paper of the Year, Best Paper awards in the top research venues across four decades, the 2009 INFORMS Design Science Award from the top professional society for operations research, IBM Faculty Awards, and a President’s Award from NYNEX Science and Technology (now Verizon).

For more than 25 years, Prof. Provost has helped leaders in business and government understand how data science, artificial intelligence, and machine learning technologies can add value. His book Data Science for Business is required reading in many of the top business schools, and was listed as one of Fortune Magazine's "must read books for MBAs." He has designed AI/machine learning systems for some of the largest companies in the world and worked with the DoD on the application of AI/machine learning to counter-terrorism.

Foster also has had substantial experience helping to found startups. He was the founding chief scientist for adtech data science powerhouse Dstillery, designing the original machine learning algorithms and building the founding data science teams for both Media6Degrees and Everyscreen Media (which merged to form Dstillery). He also was a coFounder of Detectica (acquired by Compass), of Belgium's Predicube (acquired by Var), and Integral Ad Science.

In predictive modeling, bigger is better

Prof. Foster Provost is interviewed about his new book, "Data Science for Business"

Data Science for Business: What You Need to Know About Data Mining and Data-Analytic Thinking

Leading Experts Convene for 2011 Workshop on Information in Networks