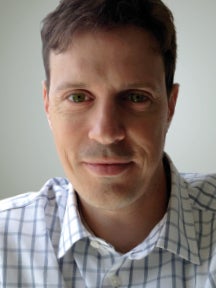 Gary Faber is co-founder of Entertainment Research & Marketing (ERm), a market research and marketing strategy firm specializing in film, live theater, video games and all other forms of consumer entertainment. The five year-old company works closely with many major studios and producers, as well as independents of all sizes. Recent efforts include helping to spearhead the marketing on Harmony Korine's Spring Breakers and Sophia Coppola's The Bling Ring. Prior to starting ERm, Gary Faber was the Executive Vice president of Marketing at The Weinstein Company, a position he held since the company's inception in October of 2005. Faber and his team were responsible for all theatrical creative, strategic efforts, budgeting as well as the company's premiere Academy Award initiatives. During his tenure at Weinstein, he marketed a diverse set of films, from 'Hoodwinked,' to 'The Reader.' Gary Faber started his film career at Allied Advertising in Washington, DC, and then transitioned to Miramax Films in the mid-1990s. While at Miramax, Faber worked in both publicity and marketing on some of the studios most prestigious and highest grossing films, including 'Gangs of New York,' 'Chicago,' and 'City of God.'