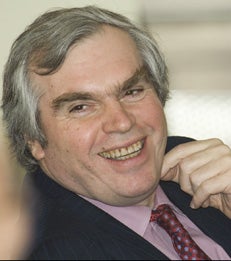 Nicholas Economides is an internationally recognized academic authority on network economics, electronic commerce and public policy. His fields of specialization and research include the economics of networks, especially of telecommunications, computers, and information, the economics of technical compatibility and standardization, industrial organization, the structure and organization of financial markets and payment systems, antitrust, application of public policy to network industries, strategic analysis of markets and law and economics.

Professor Economides has published more than 100 articles in top academic journals in the areas of networks, telecommunications, oligopoly, antitrust, product positioning and on the liquidity and the organization of financial markets and exchanges. He holds a Ph.D. and M.A. in Economics from the University of California at Berkeley, as well as a B.Sc. (First Class Honors) in Mathematical Economics from the London School of Economics. Previously, he taught at Columbia University (1981-1988) and at Stanford University (1988-1990). He is editor of the Information Economics and Policy, Netnomics, Quarterly Journal of Electronic Commerce, the Journal of Financial Transformation, Journal of Network Industries, on the Advisory Board of the Social Science Research Network, editor of Economics of Networks Abstracts by SSRN and former editor of the International Journal of Industrial Organization. His website on the Economics of Networks has been ranked as one of the top four economics sites worldwide by The Economist magazine.

Professor Economides is Executive Director of the NET Institute, http://www.NETinst.org, a worldwide focal point for research on the economics of network and high technology industries. He has advised or is advising the US Federal Trade Commission, the governments of Greece, Ireland, New Zealand and Portugal, the Attorney General of New York State, major telecommunications corporations, a number of the Federal Reserve Banks, the Bank of Greece and major Financial Exchanges. He serves on the Advisory Board of the Economist Intelligence Unit. He has commented extensively in broadcast and in print on high technology, antitrust and public policy issues. A complete CV is available at http://www.stern.nyu.edu/networks/cvnoref.html.

Should Big Tech Take Your Personal Information Without Payment?

Professors Vasant Dhar, Nicholas Economides and Lawrence White are quoted in a story exploring what the late July Big Tech hearing revealed and what the future might hold for Amazon, Apple, Facebook and Google

Professor Nicholas Economides compares the stimulus packages put forth by governments in Europe vs. the U.S.

In a podcast interview, Professor Nicholas Economides comments on why the Greek government is encouraging a shift away from cash and towards electronic payments that can be more easily monitored for tax purposes

In a live interview, Professor Nicholas Economides shares his thoughts on the latest round of US-China trade negotiations

In a live interview, Professor Nicholas Economides offers insight on the newest round of trade discussions between the US and China