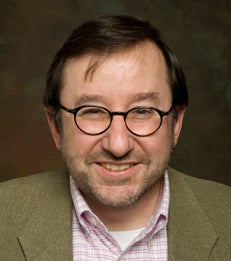 His primary areas of research are monetary policy, central banking, and financial sector reform in economies in transition. His research has been published in numerous journals, including, most recently, Journal of Money Credit and Banking, Journal of Finance, Economic Inquiry, Journal of Banking and Finance and Comparative Economic Studies. He was the co-editor of Comparative Economic Studies and is an Associate Editor of the Journal of Banking and Finance. He has served as the program chair for the Dubrovnik Economic Conferences for over 20 years and was previously a research associate at the National Bureau of Economic Research, a senior economic advisor to the East West Institute. He is the chair of the Academic Board of the International School for Economics in Tbilisi and received a DOCTOR HONORIS CAUSA from the Bucharest University of Economic Studies in 2016.

Wachtel lives in New York City and Sharon CT. He received a Bachelor of Arts from Queens College of CUNY in 1966 and his Master of Arts in 1968 and Doctor of Philosophy in 1971 from the University of Rochester.

The Federal Reserve's Biggest Success during the Coronavirus Crisis: Keeping Itself out of Politics

Professor Paul Wachtel on the UN's nuclear deal with Iran

Prof. Paul Wachtel on the establishment of the Asian Infrastructure Investment Bank

Prof. Paul Wachtel on the possible closure of the Export-Import Bank

Prof. Paul Wachtel on the recent decline in the global stock market