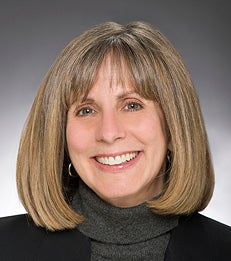 Shelly London joined New York University Stern School of Business as an Adjunct Assistant Professor in September 2008. Professor London primarily teaches courses in the Social Impact Core, such as Business and Society and Professional Responsibility and Leadership. She has taught both undergraduate and graduate students.

Professor London is a retired senior corporate marketing and communications executive, as well as a social entrepreneur, past Harvard fellow and president emeritus of a private foundation. During her corporate career, she was a senior vice president at AT&T before joining American Standard Companies as a member of its senior leadership team reporting to the chairman and CEO.

In 2009, she was one of 14 inaugural fellows in Harvard University’s Advanced Leadership Initiative, a yearlong program for senior leaders who want to change from their primary careers to a life of service. There, working with faculty, students and partners, she continued her longtime interest in ethics to develop a multifaceted plan designed to promote ethical thinking among pre-teens, teens and the adults in their lives. She built and led teams that created several ongoing initiatives, including The Family Dinner Project (now operating out of Mass General Hospital in Boston) and a computer game called Quandary, which won the Games for Change 2013 Game of the Year and has been proven effective in independent research. Learning Games Network, a nonprofit spinoff of MIT’s Education Arcade, operates Quandary.

In January 2011, Professor London became the founding president of the Poses Family Foundation. Starting with a blank sheet of paper, she led development of the strategy, team, initiatives and operations to create large-scale, sustainable impact. As part of her role, Professor London also led the team that, along with 14 other nonprofit partners, created Understood.org as a comprehensive digital resource for parents of children with learning and attention issues. Launched in fall 2014, Understood.org grew to support about 2.5 million individuals each month by April 2018 when Professor London left her role and became president emeritus. Understood.org received more than $100 million in donated media from the Ad Council, won the Webby for best family/parenting website and received recognition from the White House. Among its other initiatives, the foundation, working with more than 250 corporate, government and nonprofit partners, created a national program that found thousands of competitively paid jobs for people with disabilities.

Professor Shelly London's course on ethics and professional responsibility is highlighted by recent graduate Parbs Anant (BS '19) as part of a P&Q story on the “Favorite Professors of Business Majors."