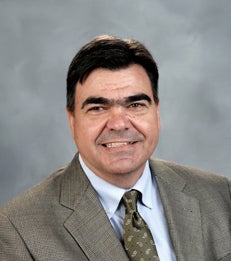 Prior to joining NYU Stern, Professor Zin was the Richard M. Cyert and Morris H. DeGroot Professor of Economics and Statistics at the David A. Tepper School of Business at Carnegie Mellon University where he had been a faculty member since 1988. He has also held teaching positions at Queen's University in Canada; University of California, San Diego; The Wharton School of the University of Pennsylvania; Institute for Advanced Studies in Vienna; US Business School in Prague; and Norwegian School of Economics.

Professor Zin's research interests lie at the intersection of decision theory, dynamic asset valuation, macroeconomics and econometrics. In 1994 the Econometric Society awarded Professor Zin, along with his co-author Larry Epstein, the prestigious Frisch Medal for their research on modeling non-expected utility preferences in a rational decision framework. The so-called "Epstein-Zin Utility Function" has since gained wide acceptance as a basic tool of dynamic decision models, and now forms the cornerstone for structural economic models that incorporate psychological/behavioral aspects of decision making under uncertainty. His work with co-author Bryan Routledge on "disappointment aversion" and its implications for asset-market behavior was awarded the Goldman Sachs Asset Management prize for the best paper on investments at the 2004 Western Finance Association. Professor Zin also serves as a research associate at the National Bureau of Economic Research, a leading economics think tank based in Cambridge, Massachusetts, and as a consultant for the Federal Reserve Bank of Cleveland.

Professor Zin's broad teaching portfolio has spanned a wide variety of graduate, undergraduate and executive programs, and covers topics such as macroeconomics, probability and statistics, econometrics, corporate finance, financial economics, investments, options and fixed-income valuation. He received the teaching award for "Excellence in the Classroom" from the Carnegie Mellon University Department of Economics in 1995 and again in 2004.