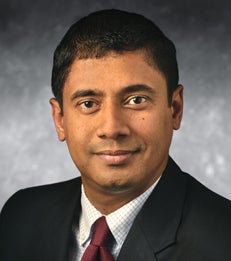 Professor Venkateswaran's research focuses on the role of information in macroeconomics. He is the recipient of several fellowships and awards, including the Departmental Excellence Award at the University of California Los Angeles in 2007-08 and 2008-09.

Prior to joining NYU Stern, Professor Venkateswaran worked as an Assistant Professor of Economics at Pennsylvania State University, and earlier as vice president of fixed income research at Lehman Brothers.

Professor Venkateswaran received a Bachelor of Commerce from the Mahatma Gandhi University in India, an M.B.A. from the Indian Institute of Management, Ahmedabad, and a Ph.D. in Economics from the University of California Los Angeles.

New, joint research from Professor Vaidyanathan Venkateswaran exploring how the economic recovery from the COVID-19 pandemic could be impacted by the psychology of consumers and businesses is highlighted

The tail that wags the economy: The origin of secular stagnation

Even if Friday’s jobs report is great, don’t get too excited

Why the Post-Recession Economy Still Sputters