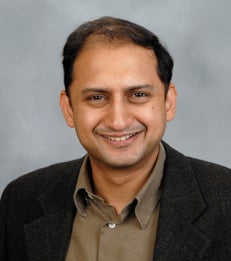 Viral V. Acharya is the C.V. Starr Professor of Economics in the Department of Finance at New York University Stern School of Business (NYU-Stern). Viral was a Deputy Governor at the Reserve Bank of India (RBI) during 23rd January 2017 to 23rd July 2019 in charge of Monetary Policy, Financial Markets, Financial Stability, and Research. His speeches while at the RBI were released in July 2020 in the form of a book titled “Quest for Restoring Financial Stability in India” (SAGE Publications India), with a new introductory chapter Fiscal Dominance: A Theory of Everything in India. He has been an Academic Advisor to the Federal Reserve Banks of Chicago, Cleveland, New York and Philadelphia, and the Board of Governors, and provided Academic Expert service to the Bank for International Settlements, the International Monetary Fund and the World Bank. He is a (conditional) member of the Climate-related Financial Risk Advisory Committee (CFRAC) of the Financial Stability Oversight Council.

Viral completed Bachelor of Technology in Computer Science and Engineering from Indian Institute of Technology, Mumbai in 1995 and Ph.D. in Finance from NYU-Stern in 2001. Prior to joining Stern, he was at London Business School (2001-2008), the Academic Director of the Coller Institute of Private Equity at LBS (2007-09) and a Senior Houblon-Normal Research Fellow at the Bank of England (Summer 2008). At Stern, Viral co-edited the books Restoring Financial Stability: How to Repair a Failed System, John Wiley & Sons, March 2009, Regulating Wall Street: The Dodd-Frank Act and the New Architecture of Global Finance, John Wiley & Sons, November 2010, and Dodd-Frank: One Year On, NYU-Stern and CEPR (released on voxeu.org), July 2011. He is also the co-author of the book Guaranteed to Fail: Fannie Mae, Freddie Mac and the Debacle of Mortgage Finance, Princeton University Press, March 2011 and Harper Collins (India), June 2011.

Viral received the inaugural Banque de France – Toulouse School of Economics Junior Prize in Monetary Economics and Finance, 2011, and was awarded the 2017 Alexandre Lamfalussy Senior Research Fellowship of the Bank for International Settlements (BIS). He has been a Clarivate Analytics Highly Cited Researcher, 2020 and 2021, and his articles have won several best paper prizes at journals and conferences. He is a Research Associate of the National Bureau of Economic Research (NBER) in Corporate Finance, a Research Affiliate at the Center for Economic Policy Research (CEPR), and Research Associate of the European Corporate Governance Institute (ECGI).

Viral was the Director of the National Stock Exchange (NSE) of India and the NYU-Stern Initiative on the Study of Indian Capital Markets, a Director of Western Finance Association, and a member of the Economic Advisory Committee of the Financial Industry Regulation Authority (FINRA), International Advisory Board of the Securities and Exchange Board of India (SEBI), Advisory Council of the Bombay (Mumbai) Stock Exchange (BSE) Training Institute, and Academic Research Council Member of the Center for Advanced Financial Research And Learning (CAFRAL, India). He is presently the Deutsche Bank Visiting Chair Professor, National Institute of Securities Markets, India.

Where Has All the Liquidity Gone?

Are Bank Credit Lines the New Source of Financial Fragility?

The Need of the Hour -- Both Fiscal and Financial Stability

Quest for Restoring Financial Stability in India - By Viral Acharya

Debt Is Not Always Odious: A Theory of Repression and Growth Traps

New, joint research from Professor Viral Acharya addressing the risk of being a fallen angel and the corporate dash for cash in the midst of COVID-19 is mentioned

Professor Viral Acharya is quoted in a story comparing government assistance programs for workers during the coronavirus pandemic in the U.S. and Europe

In a video interview, Professor Viral Acharya discusses the fallout of the coronavirus epidemic