Envisioning the Future of Cities from their Past 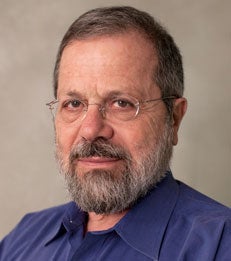 With increasing numbers of urbanites consuming more and more urban land per person, total growth of urban areas has been much greater than population growth.

The future growth of cities can be imagined by looking at their past expansion, as envisioned in a stunning series of data visualizations produced by NYU Stern’s Urbanization Project and unveiled at World Urban Forum 7, in Medellin, Colombia, in early April.

Using data compiled by Shlomo Angel, a Senior Scholar and Adjunct Professor at the Urbanization Project, the digital videos showcase the expansion of 30 global cities over the last 200 years, animating the extremely rapid expansion of these cities in the 19th and 20th centuries. Particularly striking is the accelerated growth in the latter half of the 20th century, during which many cities increased their built-up area by more than 10 times.

In the 1980s and 1990s, Paris, the oldest city visualized, experienced especially rapid growth in its suburbs, which have become home to a large immigrant population. Similarly, Los Angeles, which started in the 19th century as a small pueblo, in the post-World War II era came to epitomize the sprawling metropolis. In the digital representations, these spirals of growth spin outward in time-lapse fashion.

According to Brandon Fuller, deputy director and research scholar at the Urbanization Project, this is in keeping with the theory of falling density, which holds that as incomes have risen and cities have grown bigger, densities have been steadily falling. With increasing numbers of urbanites consuming more and more urban land per person, total growth of urban areas has been much greater than population growth.

This work is a critical part of Angel’s Urban Expansion initiative at the NYU Stern Urbanization Project. The initiative works to raise municipal officials’ awareness of the true impact of population growth and rising GDP on the built-up area of their cities, in hopes of working with them to make minimum preparations for the coming growth.

The visualizations were created using information from The Atlas of Urban Expansion, a resource compiled by Shlomo Angel, Daniel Civco, Alejandro Blei, and Jason Parent and published by the Lincoln Institute of Land Policy in 2012. At the World Urban Forum in Medellín, the Urbanization Project signed an agreement with the Lincoln Institute and UN-Habitat that will result in an updated version of the atlas in 2015.

Watch some of the visualizations: