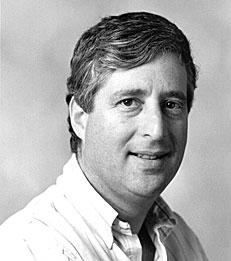 People think of investing as a non-cooperative, zero-sum game, but the data show that individuals use it to share information about companies’ prospects for their mutual benefit.
More people may hang on Katy Perry’s cultural observations on Twitter than follow the tweets of any particular public company, but new research by NYU Stern Accounting Professor Eli Bartov shows that investors would be smart to pay attention to the wisdom of the tweeting crowd if they want to gain early insights into a company’s prospects.

In “Can Twitter Help Predict Firm-Level Earnings and Stock Returns?,” Professor Bartov, along with Professors Lucile Faurel of Arizona State University and Partha Rohanram of the University of Toronto, analyzed almost a million tweets over four years by individuals in the several days just prior to firms’ quarterly earnings reports. The authors found that the aggregate opinion contained in individuals’ tweets about a company’s prospects can predict its earnings and the stock price’s reaction to them.

That Twitter would be a source for important insights in the capital market environment and not just a conduit for firms to communicate to investors shouldn’t be surprising, according to the authors’ reasoning. In addition to being a venue for crowd-sourced wisdom, a well-documented phenomenon, the Twitter universe represents an extremely diverse set of individuals who are more likely to be independent than to flock to a consensus opinion. Further, short-form tweets are a medium uniquely suited to breaking news. The authors also found that Twitter is a particularly valuable tool for following firms that aren’t tracked by armies of analysts.

“Our results have important implications for the role social media plays in the investing community,” says Professor Bartov. “People think of investing as a non-cooperative, zero-sum game, but the data show that individuals use it to share information about companies’ prospects for their mutual benefit.” The authors suggest that rather than prompting authorities to regulate social media on the false assumption that it’s typically used to disseminate misleading information to investors, Twitter’s demonstrated value as an investors’ forum can play a role in making the markets more efficient.

___
Eli Bartov is a Professor of Accounting.