Is Bitcoin’s Design Compatible with its Goal? 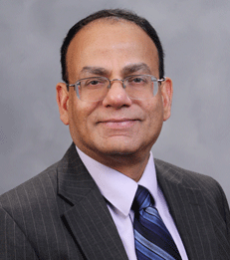 Bitcoin’s design is incompatible with its goal, thereby ensuring that limited adoption is an inevitable outcome of this particular payment system in its current state.
Overview: In “Bitcoin’s Limited Adoption Problem,” NYU Stern Professor Kose John and PhD student Franz Hinzen along with co-author Professor Fahad Saleh (Wake Forest University) investigate why Bitcoin has thus far fallen short of its goal to be a widely-used decentralized payment system.

Why study this now: While the significance of blockchain has grown dramatically in recent years, there remains a question regarding whether the most prominent blockchain, Bitcoin, can achieve its initial vision. Bitcoin was introduced with the goal of becoming a widely-adopted and decentralized payment system, but user adoption of Bitcoin as a payment system remains limited even a decade after its birth. These researchers examine the reasons behind the limited usage.

What the researchers found:  Key insight: Bitcoin’s design is incompatible with its goal, thereby ensuring that limited adoption is an inevitable outcome of this particular payment system in its current state.

What does this change: Since Bitcoin is not effective as a payment system, its native asset BTC should not be viewed as a currency. Rather, BTC is best viewed as a speculative asset that may have some diversification value to investors. As it pertains to Bitcoin's initial vision, there are a variety of more modern blockchains that are better suited to processing transactions expediently. Of particular note are blockchains that replace Bitcoin’s energy intensive Proof-of-Work with a design known as Proof-of-Stake.

Final takeaways: “As a practical matter, our findings establish that Bitcoin is unlikely to become widely adopted as a payment system across the world, as initially hoped,” state the researchers.

This research has been published in the Journal of Financial Economics.
Share / Print ▼