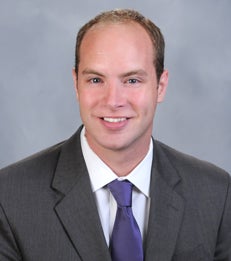 The support will allow us to assess not only the viability of these methods within specific communities with favorable prior beliefs regarding alternative energy, but also their scalability.

Following up on their recent Marketing Science paper, "Peer Effects in the Diffusion of Solar Photovoltaic Panels," Assistant Professor of Marketing Bryan Bollinger and Yale School of Forestry and Environmental Science Assistant Professor of Economics Kenneth Gillingham and his colleagues, in cooperation with SmartPower and the Connecticut Clean Energy Investment Fund, received a two million dollar grant from the Department of Energy (DOE). The grant was part of the DOE’s Solar Energy Evolution and Diffusion Studies (SEEDS) program to support solar energy development.

Professor Bollinger and his colleagues aim to rigorously estimate the effectiveness, cost-effectiveness, scalability and persistence of a variety of novel behavioral strategies that leverage social interactions to accelerate diffusion of solar technology. Another objective of this project is to develop a predictive social network model, with parameters that can be estimated with the data collected, in order to run numerical simulations of the future diffusion of solar technology under different behavioral strategies and in different communities.

According to Professor Bollinger, “This grant will allow us to use field experiments to accurately assess the efficacy of different innovative marketing tools and their ability to leverage existing social networks in order to facilitate and increase the diffusion of solar photovoltaic panels. Examples of these tools include group pricing, solar ambassadors, social media and small ‘Tupperware party’-style gatherings. The support will allow us to assess not only the viability of these methods within specific communities with favorable prior beliefs regarding alternative energy, but also their scalability.”

The SEEDS program is part of the DOE’s SunShot Initiative, a collaborative national effort to make solar energy cost-competitive with other forms of energy by the end of the decade. The name was inspired by President Kennedy's “Moon Shot” program that put the first man on the moon, and is designed to created momentum for the solar industry by highlighting the need for American competitiveness in the clean energy race.
Share / Print