Growth of Large Companies May Be Driving Wage Inequality 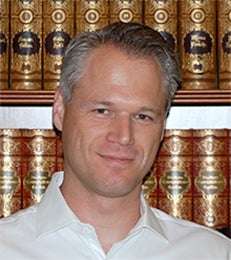 The global trend toward wage inequality may be driven by a rise in the share of people employed by the world’s largest companies, suggest Professor Holger Mueller and his co-authors, Paige P. Ouimet of the University of North Carolina at Chapel Hill’s Kenan-Flagler Business School and Elena Simintzi of the University of British Columbia’s Sauder School of Business, in their new working paper, “Wage Inequality and Firm Growth.”

Using a proprietary data set of employee pay at a broad cross-section of UK firms (both private and public) from 2004 to 2013, the researchers examined how the wage differences between jobs of differing skill levels within a single firm (“within-firm skill premia”) varied between firms and over time. They found that the wage differences between high-skill and low- or mid-skill jobs increased with firm size. As company size grew (measured by either number of employees or sales – both had the same results), the wages paid for high-skill jobs increased significantly, while the wages paid for low- or mid-skill jobs remained the same or decreased slightly. For example, the highest-level job at a company in the 75th percentile of company size carried a wage 280 percent greater than the highest-level job at a company in the 25th percentile. The result of this phenomenon is that as firms grow larger, a divide widens between the high-level and both the mid- and low-level job wages, driving greater wage inequality.

The researchers discussed two possible causes for downward pressures on low- and mid-skill wages at large companies. Prior research has suggested that large firms are more likely to have enough capital to introduce automation for the routine tasks associated with low- and mid-skill jobs. Supporting this hypothesis, the researchers found that as firms became larger, wages associated with routine jobs declined relative to wages associated with non-routine jobs. Another possibility is that larger firms may be able to pay employees lower entry-level wages in return for providing better future career opportunities.

The researchers also looked at the firm size-income inequality connection from a global perspective, examining 50 to 100 of the largest firms in each of a broad sample of developed countries. In every country, they found that as the largest companies grew and employed more people, income inequality in the country increased. The researchers’ results suggest that part of the global trend toward greater wage inequality may in fact be a reflection of an increase in employment by the largest firms in the economy.