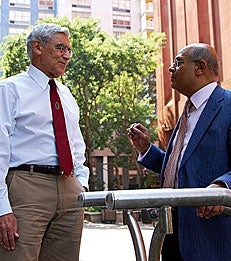 A ban on short selling is ineffective, counterproductive and may have unintended consequences.

The regulators in Europe are at it again, with the panic that began in early August in the financial markets spreading into the legislative chambers of the politicians around the world. The temporary ban on short selling, announced on August 12 by France, Spain, Italy and Belgium, extended until September 30, is a reminder of similar bans implemented in many parts of the world during the 2008 financial crisis. Those bans not only did not stem the volatility in financial markets but may have even exacerbated it. While in the previous instances regulators offered no clear reasoning for the ban, this time the European Securities Market Authority (ESMA) is hiding behind the argument that they want “to restrict the benefits that can be achieved from spreading false rumors or to achieve a regulatory level playing field.” We believe that this argument is disingenuous; restricting short selling is counterproductive and harmful to investors.

Who is selling short in financial markets? In most cases, the players are market makers (in equities, indices and derivatives such as options and futures), hedgers (such as buyers of convertible bonds), risk arbitrageurs (profiting from the relative mispricing between stocks) and hedge funds that use long-short strategies (to exploit the gap between "undervalued" and “overvalued" stocks).

The combined action of all these participants provides several benefits: Information about the company is disseminated faster than in a market with restrictions on short-selling, volatility is reduced, risk premiums are diminished and, most importantly, liquidity is enhanced, permitting a new buyer or seller to find a counterparty to take the other side.

In fact, speculators who are usually considered culprits in sharp declines of asset prices are actually providing benefits to investors. By supplying important liquidity to the market, they lower the transaction costs that investors pay to execute their trades. Ultimately, investors are willing to pay for this improvement in liquidity, raising the prices of liquid stocks in relation to their less liquid counterparts.

The wealth of historical experience and academic research points in the direction of the above arguments. At a broad level, the available empirical evidence suggests that restrictions on short sales are largely ineffective in halting declines of stocks. All they do is throw some sand in the gears and delay the inevitable incorporation of bad news into stock prices. Academic research suggests that stocks with greater short-sale constraints tended to become overpriced, exhibited greater volatility and experienced significantly more negative returns when the constraints were eventually relaxed. Research also reveals that in countries with fewer short-sale constraints, there is more efficient price discovery, less co-movement of stocks and lower volatility than in those where short selling is more restricted. Most importantly, no study has shown that short-sale constraints reduce the likelihood of crashes.

Moreover, the proliferation of instruments and strategies that mimic positions in stocks (e.g., futures, options) would give rise to costly activities intended to circumvent restrictions in the underlying markets. Existing owners of the stock, as well as participants in the derivatives markets who are not bound by the uptick rule, would be able to sell the stock or its equivalent, using replicating strategies to create inconsistency across markets for the same stock.

It is a given that regulators should be extremely concerned with market manipulation that may be perpetrated by buyers or sellers, including short sellers, and take appropriate and timely action to curb such practice. Regulators should also strictly enforce the requirement that stocks should be borrowed prior to a short sale by any investor who is not a market maker. In the interest of transparency and consistency, the regulators should require timely reports on short selling activity, in line with the existing reporting requirements placed on buyers and sellers. All these aspects are part of the current regulatory structure in most countries and should be rigorously enforced.

A ban on short selling is ineffective, counterproductive and may have unintended consequences. We sincerely hope that the European regulators rise above the irrationality that has taken a firm grip on many politicians and policy makers and act in the interest of ensuring orderly, liquid markets. Shooting the messenger to prevent the delivery of bad news is never a good idea. The ill-considered ban should not be extended beyond the end of September.