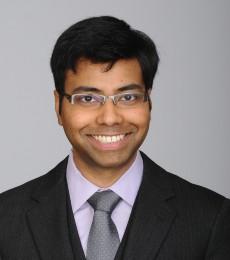 Models of COVID-19 spread should include the transmission of the virus in nursing homes and other long-term care (LTC) facilities, concludes a new analysis co-authored by Lakshminarayanan Subramanian, a professor in the Courant Institute of Mathematical Sciences, and researchers at Weill Cornell Medicine.

Their analysis, which appeared recently in the Journal of the American Medical Association (JAMA), observes that LTC facilities, which house only a small percentage of the population, accounted for more than 40 percent of deaths from the disease in the United States overall and more than 80 percent of COVID-19 deaths in some states.

However, epidemiological models that many national and other governments have used to inform their COVID-19 policy responses, notably social-distancing policies, have treated LTC populations as identical to surrounding populations.

Subramanian and his co-authors, Weill Cornell Medicine’s Karl Pillemer and Nathaniel Hupert, observe that COVID-19 models typically work by estimating the numbers of susceptible, exposed, infectious, and recovered people in a given population. While these models can take into account the way that factors such as age alter risks, such models have not distinguished between the general population and those residing in nursing homes and other LTC facilities. The latter typically are older and relatively immobile and have age-related diseases such as dementia. Moreover, social distancing and isolation measures aren’t feasible for most of these individuals, due to their frailty and the density of their living arrangements—ones where a single infected resident or caregiver may quickly infect everyone else.

“We need new models to capture the disease spread and mortality characteristics within these long term care facilities,” says Subramanian. “These dynamics fundamentally differ from conventional population-level epidemiology models that have been used for capturing COVID-19 spread across geographies.”

“In fact, separately modeling the two populations was done in New Jersey, which recognized very early on that data coming from LTC facilities were very different from data coming from elsewhere,” adds contributor Srikanth Jagabathula, a professor at NYU’s Stern School of Business.

Jagabathula points out that the State of New Jersey was an example of a jurisdiction that promptly started fitting separate models, revealing completely different trends: although non-LTC infections peaked about two weeks after statewide lockdown, LTC infections continued to grow. Mixing these into a single projection results in a misleading picture that the outbreak is “leveling off,” when in reality it is still raging in one setting—LTC facilities—while slowing down considerably in others.

Nonetheless, the researchers observe in the article, the data modeling is half the battle; taking action is still hard.

“This is really a tale of two pandemics—a very intense one in long-term care facilities, and a much more varied one in the wider community—yet influential models in use around the country have dangerously failed to distinguish between the two,” adds lead author Karl Pillemer, a professor of gerontology in medicine at Weill Cornell Medicine and the Hazel E. Reed Professor in the Department of Human Development at Cornell University.

The work also included contributions from Professor Beth Simone Noveck at the Tandon School of Engineering and director of the GovLab.
Share / Print ▼