The Darker Side of Word-of-Mouth Marketing 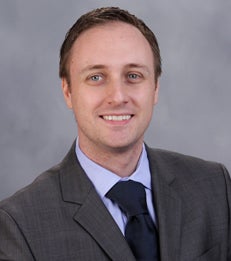 ...people who have a higher chronic desire for control, such as individuals in a higher social class, would likely be more responsive to a situationally activated need for control.

Marketers wishing to take advantage of word of mouth to promote their products or services might benefit from manipulating a self-serving human need to boost one’s own sense of competence. NYU Stern Professor Andrea Bonezzi delicately probed this phenomenon in a series of experiments that confirmed that people who give advice to others often benefit from that act in a very personal way.

In “Compensatory word of mouth: Advice as a device to restore control,” Professor Bonezzi, along with co-authors Alessandro Peluso, Matteo Deangelis and Derek D. Rucker, investigated the mechanism of advice giving and the drivers that motivate it. They determined that people who feel threatened by a particularly complicated task – for instance, purchasing the right amount and type of car insurance – can regain a sense of control by offering recommendations to others, because giving advice can boost their own sense of competence.

In a series of studies, the researchers established that manipulating advertisements for a car insurance information service could drive a sense of either insecurity or control in participants. In response, the feeling of insecurity induced a compensatory need to restore a sense of control by doling out advice. Neither empathy nor social connection were identified as advice-giving motivators.

It was the lack of control among participants that drove the need to suggest the car insurance service to others. Advertisements that did not induce an out-of-control sense, did not drive the need for advice-sharing. Those exposed to a situational need to restore control were more inclined to give advice compared to others. Further, the authors wrote, people who have a higher chronic desire for control, such as individuals in a higher social class, would likely be more responsive to a situationally activated need for control.

Professor Bonezzi and his co-author’s findings prove that companies and governments could use these findings to enhance word of mouth for their campaigns. To encourage advocacy, marketers may want to consider advertising messages that could be leveraged to activate a need to restore control. While acknowledging potential ethical concerns, the authors pointed out that companies could aim to reduce personal control among potential influencers to encourage them to act as advocates.

Governmental and non-governmental organizations interested in encouraging responsible behaviors might also take note. For example, a social marketing campaign against drunk driving could encourage people to take a stand and advise others against drinking by focusing on the inherent lack of control one has when others drink.
Share / Print
Back to Top