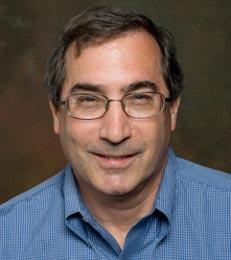 The most pressing challenge in conducting this study is to build upon prior studies and add to our knowledge of the long-term effects of financial counseling on consumer credit behavior...
In the wake of the world financial crisis and the subprime mortgage debacle, the Federal Reserve Bank of Philadelphia commissioned a five-year controlled study of the efficacy of pre-purchase counseling on home ownership and financial management skills for first-time home buyers with low and moderate income. Completed in 2014, that study, according to NYU Professor William H. Greene, who conducted it along with the Fed’s Marvin Smith and Daniel Hochberg, was the first rigorously evaluated, randomized field experiment of its kind and has underpinned a new $36 million grant from the Department of Housing and Urban Development for housing counseling services.

The study is described in “The Effectiveness of Pre-Purchase Home Ownership Counseling and Financial Management Skills,” a report published by the Philadelphia Fed’s Community Development Studies and Education Department.

Close to 900 potential home buyers were randomly divided into a control group and a treatment group. The control group received a two-hour pre-purchase workshop and no other services. The treatment group received one-on-one counseling in addition to the workshop. All participants, including their credit reports and scores, were followed for four years thereafter. In several key areas, such as credit scores, debt and delinquent payments, those who received individual counseling fared better than those who merely received the workshop.  In addition, more of the individual counselees eventually bought homes.

According to Professor Greene, “The most pressing challenge in conducting this study is to build upon prior studies and add to our knowledge of the long-term effects of financial counseling on consumer credit behavior with the ultimate goal of home ownership and improving general financial management skills.”