Economic Development Lessons From All Corners 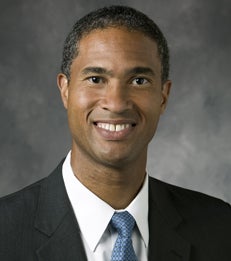 Had the governments of advanced nations acted with similar discipline during the flush years from 2002 to 2007, today we might be experiencing a very different recovery.

In decades past, First World countries have lectured the rest of the world about how to stabilize and grow their economies. Today, in a startling turnaround, the developed world buckles under high debt and slow growth, while countries such as South Korea, India, Chile, Mexico, and even tiny Barbados provide vital lessons for recovery.

South Korea’s rise from poverty contradicts the too-frequent assumption that exports are good, imports are bad, and a trade surplus is needed for growth.

In Asia, South Korea’s rise from poverty demonstrates that prosperity lies not in the balance of trade but in a level of productivity achieved through exporting and importing. This contradicts the too-frequent assumption that exports are good, imports are bad, and a trade surplus is needed for growth. From 1965 to 1990, South Korea ran trade deficits, yet grew by 7.1 percent per year—three times faster than the United States after World War II. Instead of erecting costly protectionist measures in an attempt to keep out imports, developed countries should remember that prosperity is not a zero-sum game.