How to fix Italian banks 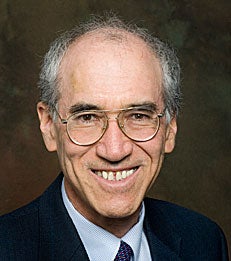 By Yakov Amihud and Carlo Favero

The public debate on how to resolve the problem of Italian banks is over whether there should be a government bailout, or whether the banks’ bondholders will bear the burden.

By Yakov Amihud and Carlo Favero

The public debate over how to resolve the problem of Italian banks centres on whether there should be a government bailout, or whether banks’ bondholders should bear the burden. Absent from the discussion is what will happen to the banks’ stockholders, who should theoretically be wiped out before bondholders are asked to undergo a haircut. This column addresses the problem of who will manage the banks if stockholders quit. The Italian government should require banks to issue deep discount rights, which is a coercive way to raise equity and thus strengthen the banks’ balance sheet and their solvency.

Fixing the Italian banking problem is crucial to restore growth, and growth is not out of reach for Italy. Over the last eight years, the country has been going at two speeds. Industrial firms have been performing well. In particular, the small firms included in the STAR segment of the market have been rising and until last year the segment was performing as well as the DAX index; since 2008, the STAR index has risen by about 50%. On the other hand, the Italian Stock Market Index (FTSEMIB) – where bank stocks have great weight – has underperformed, declining by 50% since 2008. The performance of Italian small firms is remarkable given the financial problems in the market. Solving the banking problem will create the conditions for the industrial sector to perform even better and to reach its growth potential, which is stronger than the general current consensus.

But there is a problem: who will manage the banks if stockholders quit?

Read full article as published on VoxEU.
Share / Print
Back to Top