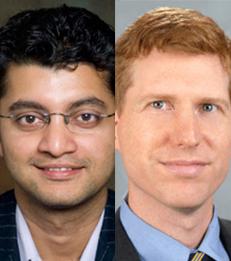 Instead of engaging in a technological rat race with extremists, we should consider incorporating critical literacies – including digital media, anti-racism and social justice – into school curricula as an alternative strategy. – Anindya Ghose
The incidence of racial hate crimes increased by 20% when a new broadband provider entered an area
New research from Carlson School of Management Professor Jason Chan and NYU Stern Professors Anindya Ghose and Robert Seamans finds that broadband availability increased the incidence of racial hate crimes committed by lone-wolf perpetrators in the United States during the period 2001-2008. The addition of a single broadband provider led to as much as a 20 percent rise in racial hate crimes in areas where racial tensions were especially high.

Their study, the first of its kind to document the relationship between the Internet and hate crimes, sourced data from the Federal Bureau of Investigation, the Federal Communications Commission, the U.S. Census Bureau and the U.S. Bureau of Labor Statistics. According to FBI data, almost two-thirds of reported hate crimes arose from racial bias, making it by far the most typical form of bias-motivated crime in the U.S.

Using a large-scale data set from 2001-2008, the authors show: Furthermore, the authors consider the effectiveness of current Internet regulations and reflect on future policy implications. “Technologically driven solutions fall short in addressing an issue that is inherently social in nature,” argues Professor Ghose. “Instead of engaging in a technological rat race with extremists, we should consider incorporating critical literacies – including digital media, anti-racism and social justice – into school curricula as an alternative strategy.”

“The positive relationship between broadband providers and the number of hate crimes is mainly found in places that have high levels of racism,” says Professor Chan. “The likely reason behind this is the Internet facilitates this specialization of interest. That is to say users will search out content online that is congruent to their beliefs or preferences and are not as likely to look up content that is counter to what they believe in.”

The article, “The Internet and Racial Hate Crime: Offline Spillovers from Online Access,” is forthcoming in MIS Quarterly. Visit YouTube to watch a video on the research and its implications.

"The Interplay Between Online Reviews and Physician Demand,"
— 10.7.20
"Fighting for the Greater Good: New Research Shows Democrats and Republicans are Willing to Trade Personal Smartphone Data to Combat COVID-19,"
— 6.25.20
"Is the Human Workforce Doomed with the Rise of AI? New Research Says Fears Are Overblown,"
— 12.5.19
"Alexa and Other Voice-Activated Shopping Devices Boost Consumer Spending, According to New Research,"
— 12.2.19
"The Time to Focus on AI’s Impact is Now,"
— 7.5.18