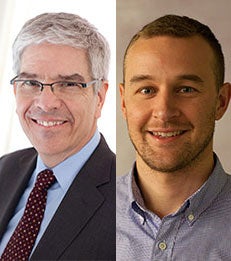 By Paul Romer and Brandon Fuller

By Paul Romer and Brandon Fuller

Urbanization in the developing world is not only happening faster and more dramatically than might be imagined, in the next century it threatens to become unmanageable. But with foresight, rapidly urbanizing countries can channel this headlong growth to make tremendous progress, according to a paper by NYU Stern Professor of Economics Paul Romer and Research Scholar Brandon Fuller.

In “Urbanization as Opportunity,” Romer and Fuller, both with the Stern Urbanization Project and NYU Marron Institute, predict that within 100 years, urban population in the developing world could increase threefold, from 2.6 billion people to nearly 8 billion. As income rises, the expected result of the shift from villages to cities, individuals’ desire for more space increases as well, the authors write, creating additional pressure on existing urban environments that may need to expand sixfold to accommodate the rise in inhabitants.

The solution, the authors suggest, is not just to build out existing cities, but also to create new ones, much as China did with Shenzhen. New cities will have the advantage of adapting successful approaches to urban planning and fast-tracking social and economic reforms—all while providing rural émigrés or disadvantaged residents of existing cities the opportunity to opt in. An expandable grid and transport arteries – as were wisely designed by Manhattan’s planners in 1811 – can establish the physical foundation of start-up cities; the authors also suggest policies that enable growth to occur naturally along those arteries but don’t inhibit private development and entrepreneurialism.

Say the authors: “Urbanization deserves urgent attention from policy makers, academics, entrepreneurs and social reformers of all stripes. Nothing else will create as many opportunities for rapid social and economic progress. The unique opportunities created by rapid growth in the urban population will soon pass.”