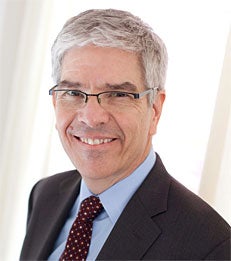 By Paul Romer, Professor of Economics and Director, The Urbanization Project

By relying more on individuals whose responsibility and accountability are clearly delineated... certain hierarchical systems can more nimbly respond to change.

By Paul Romer, Professor of Economics and Director, The Urbanization Project

Finance will always attract opportunists who exploit regulatory loopholes for their own benefit even as they destabilize the system as a whole; but according to NYU Stern Professor of Economics Paul Romer, the very structure of the rules governing US financial markets lies at the heart of the problem. Our legalistic, process-oriented system of financial regulation simply cannot keep up with an industry characterized by rapid changes in scale and technology. More successful approaches to regulation do exist, he writes. It’s time to consider them.

Rather than relying on legislation or the courts to effect regulatory change, these alternative systems “give individuals responsibility for making decisions and hold them accountable,” Romer writes, in “Process, Responsibility and Myron’s Law,” an essay in a forthcoming book, In the Wake of the Crisis: Leading Economists Reassess Economic Policy (MIT Press, 2012).

Romer observes that globalization, digital communication, and urbanization have increased interactions among people to an extent that their scale and complexity, in combination with the rapid pace of technological change, provide opportunities for subversion that can overwhelm fixed sets of rules that rely on ponderous legislative or judicial processes to evolve.

By relying more on individuals whose responsibility and accountability are clearly delineated, Romer argues that certain hierarchical systems – such as those used by the FAA, the Federal Reserve, and the US Army – can more nimbly respond to change. A responsibility-based approach would exemplify “the polar opposite of the approach that OSHA uses to regulate workplace safety and that the SEC follows in response to the introduction of major changes in the architecture of the electronic trading system.” If individual financial regulators had the same sort of responsibility and authority as regulators in the FAA, they could simply put a stop to any behavior that looks harmful to the financial system.

“We need a system in which the specific rules in force at any point evolve to keep up with a rapidly changing world,” Romer says. If the current system remains in place, he warns, “We will settle into a fatalistic acceptance of systemic financial crises, flash crashes, and ever more exotic forms of opportunism.”
Share / Print
Back to Top