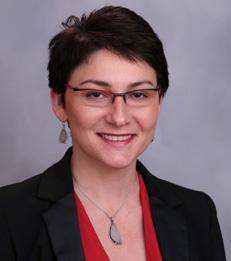 Our framework helps in understanding how digital businesses take advantage of users’ desire to distinguish themselves and what they can try to do to stimulate desired behaviors.
It was perhaps inevitable that users of social media would begin to see the emergence among themselves of a hierarchy based on power and status. To the extent social media sites can subtly encourage these gradations and utilize them to their advantage is the subject of NYU Stern Professor Natalia Levina’s recent award-winning paper.

Their conclusions have critical implications for platform design decisions in settings where user attention is the key currency. For instance, originally Amazon allowed users simply to register their opinions and reviews. Eventually, the site conferred status distinctions on frequent or particularly insightful users: e.g., “Top 1000 Reviewer.” Similarly, YouTube and other social media began to classify viewers and commenters, including their personal profiles.

One downside to hierarchical distinctions: they can disadvantage newcomers, who might be ignored in favor of those who joined earlier and built a strong reputation. Typical algorithms for selecting front-page or newsfeed content feature posts from high-status users. Prior studies document that when new contributors try to make changes in Wikipedia articles, for examples, they are often reversed by old-timers and that newcomers’ questions in technical support forums often remain unanswered.

Professors Levina and Arriaga are progressing toward a unified theory that would explain how such differentiations among users add to a site’s appeal for users – and, not incidentally, advertisers – across different types of social sites. Such a theory would enable site creators to make increasingly informed design decisions. “Our framework helps in understanding how digital businesses take advantage of users’ desire to distinguish themselves and what they can try to do to stimulate desired behaviors,” the authors write.
Share / Print ▼