We Won't Even Know If A Robot Takes Your Job 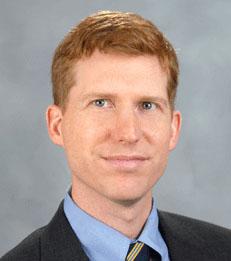 Robots and automation have received lots of attention over the past year, with much of the interest ranging from alarmist to curious.
By Robert Seamans
In his final Twitter post as President Obama’s deputy Chief Technology Officer, Ed Felten dryly notes one of his accomplishments: “Robot apocalypses: 0.”

Robots and automation have received lots of attention over the past year, with much of the interest ranging from alarmist to curious. Elon Musk has said that robots will take your job. The Economist detailed the long history of human anxiety over automation-induced job loss.  And, at the recently concluded 50th annual Consumer Electronics Show, companies rolled out robots to monitor your child and brew your coffee and tea. Robots are everywhere, except, as it turns out, in the data.

To be clear, I don’t mean there’s no data about robots. There is some, and existing data sources show large increases in the use of robots. According to the 2016 Economic Report of the President, worldwide robot shipments nearly doubled between 2010 and 2014, and there has also been an increase in robot-related patents. But the data used in the report, and in two recent academic studies that I discuss below, are all from the same data source. And we need additional, more disaggregated, data to better understand the disparate effects of robots on the economy, and to design appropriate policy responses.

Read the full article as published in Forbes.
___
Robert Seamans is Associate Professor of Management and Organizations.
Share / Print ▼