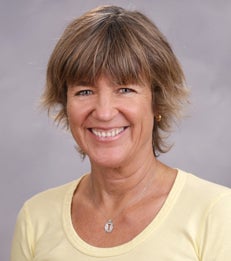 ...this move, while definitely insufficient in terms of targets, is a critical first step.

The international agreement on setting a standard for airline emission reduction is welcome, as airlines had been exempt from any standard before, despite the fact that they are responsible for about two percent of global emissions.  This is especially critical for the United States, as US carriers account for half of the airline emissions around the world, according to the Convention of Biological Diversity. And air travel is expected to increase significantly over the coming decades.

Many, however, are claiming that the reductions—four percent in most cases—are too small.   And in fact, because fuel is such a significant contributor to airline expenses, most new planes already exceed the proposed standards, and airplane makers were focusing on reducing emissions as good business practice before government intervention.

Nevertheless, this move, while definitely insufficient in terms of targets, is a critical first step.  First, business needs a level playing field to innovate, and this provides one. Business also needs a signal from regulators that reducing emissions in their industry is a policy objective, and this provides one.  As with all new standards, we need a place to start that will bring everyone to the table, and this ensures a convening place.  And, most important, as with all standards, there is no reason they can’t be raised, either globally, or by one dominant player.  In the US for example, while the federal government has developed vehicle emission standards, California has required tougher ones, which has caused most companies to build their cars to the higher standard.  So, reverting back to the context of airplanes, the US, as the biggest emitter, could play a significant role in setting the new emission standards for air travel.

While this kind of incrementalism will definitely not help stop our world from warming, it creates the flight path to get us there.
__
Tensie Whelan is a Clinical Professor of Business and Society and Director of the Center for Sustainable Business.