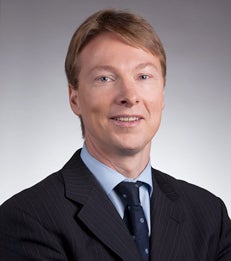 The enormous need for all types of infrastructure in developing countries and the shrinking role of traditional funding sources provides a compelling rational for continued growth.

When the world’s largest sovereign wealth fund – the Norwegian government’s global pension fund, or GPFG –  is advised to expand its investment scope, governments and industries around the world take note. An extensive report prepared under the leadership of NYU Stern Professor Stijn Van Nieuwerburgh that reviews strategy, goals and methods for GPFG’s continued growth – and suggests ways to diversify Norway’s oil revenue that will yield long-term benefits for the common good – holds promise for major infrastructure projects in emerging markets.

Professor Van Nieuwerburgh, Professor Richard Stanton of University of California, Berkeley, and Leo de Bever, former CEO of Alberta Investment Management Corp., were appointed by the Norwegian finance ministry to produce detailed recommendations on how that nation’s so-called oil fund, now roughly $823 billion, should allocate its capital going forward. As the authors note, the fund “represents a rare instance of a people deciding that the financial proceeds from extracting a country’s nonrenewable resources should be shared with future generations.”

The fund should be allowed to invest in infrastructure assets even if they are not listed on stock exchanges, which has been a limitation up to now, the authors conclude. They also suggest that the fund explore such investments in emerging markets: “The enormous need for all types of infrastructure in developing countries and the shrinking role of traditional funding sources provides a compelling rational for continued growth.”

With 3 percent of the fund currently invested in real estate, the authors generally affirm the fund’s strategy and caution against increasing the overall 5 percent cap on real estate holdings, while also recommending keeping an acquisitive eye on potential real estate investments in the developing world.
Share / Print