Developing Economies, the Olympics, and the Performance Gap 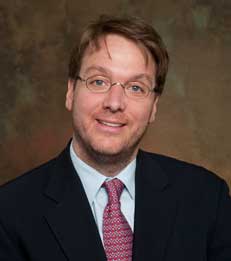 [economic] openness might provide the greatest benefit in more mature industries where competition is relatively stable.

Associate Professor Robert Salomon and Stern PhD student Jin-Hyun Bae of NYU Stern’s management and organizations department studied the performance of Olympic athletes to explore if developing countries can catch up to advanced countries in industrial competitiveness. The answer: a qualified yes, they can.

Why the Olympics? The record-keeping is meticulous. Poor nations compete with wealthy ones. The events are stable: the long jump hasn’t changed much in 80 years, nor has the gear required to perform it.

Salomon and Bae were also able to distinguish between those countries whose athletes were also regularly exposed to better trained and equipped rivals in non-Olympic competitions and those whose teams stayed home. This distinction enabled them to draw conclusions about how athletes learn to do better: whether through practice alone, or through “knowledge spillover” at international events like the Olympics – or both.

The authors’ findings, reported in “Medal Performance at the Olympic Games: Knowledge Spillovers and Learning-by-Doing,” were clear: In a relatively stable context such as the Olympics, with minimal impact from outside innovation, athletes from less-developed nations were able gradually to close the performance gap with those from developed nations.

Further, although both practice and knowledge spillover contributed to that convergence, developing countries caught up more quickly in those sports where there were greater opportunities to compete internationally and gain through knowledge spillover.

Extending the findings from the Olympics to industry, Bae and Salomon suggest that “[economic] openness might provide the greatest benefit in more mature industries where competition is relatively stable.”
Share / Print