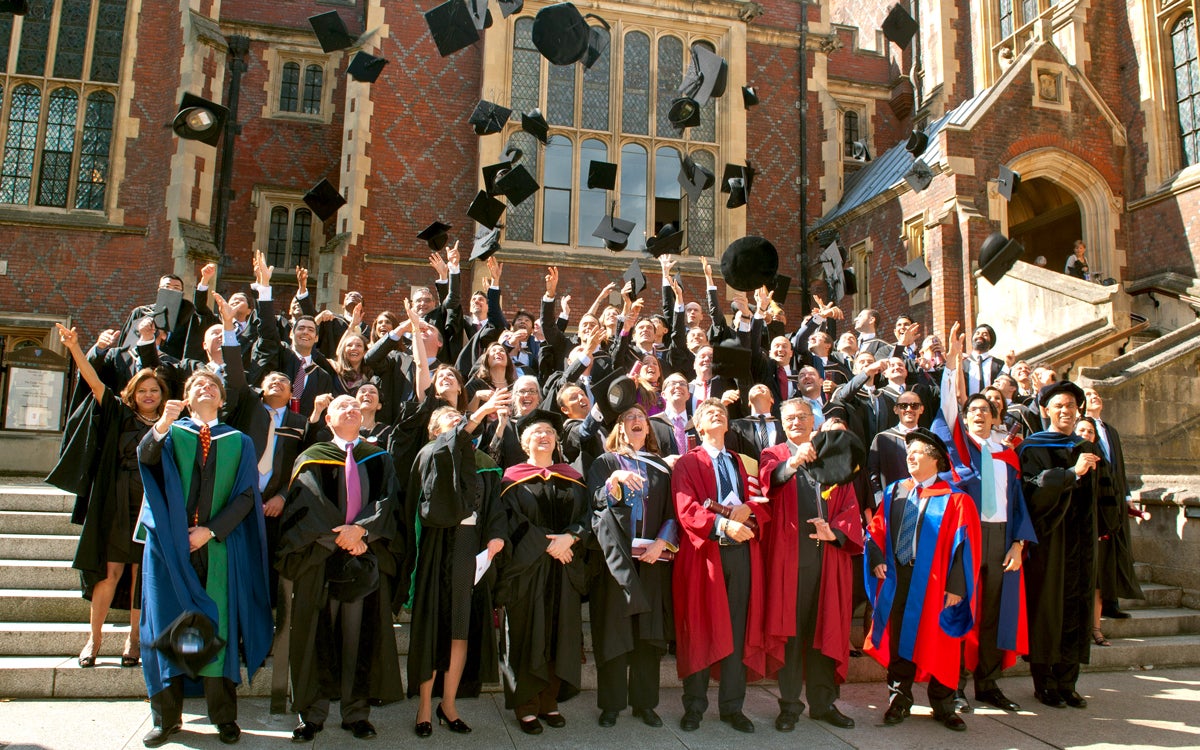 NYU Stern congratulates the 65 graduates of the TRIUM class of 2013 who received their degrees on September 7. Dean Peter Henry provided remarks during the ceremony along with Saul Estrin, Vice-Dean of TRIUM at The London School of Economics and Political Science, and Bernard Ramanantsoa, Dean of HEC School of Management, Paris. Graduating student Henry Comber, the TRIUM 2013 class representative, gave a farewell speech to his class. The ceremony was held at the The Honourable Society of Lincoln’s Inn in London.
Share / Print