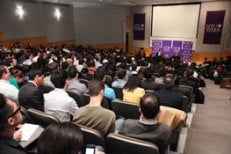 To mark the establishment of the Alan Greenspan Chair in Economics, Former Federal Reserve Chairman Alan Greenspan (BS ’48, MA ’50, PhD ’77, Honorary Doctorate of Commercial Science ’05) was interviewed by John A. Paulson (BS ’78), the president of Paulson & Co. Inc, before a packed auditorium of more than 400 students, faculty and alumni. 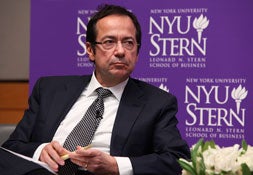 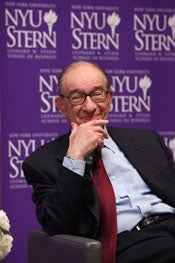 When asked if he had concerns about the United States’ position in t oday’s global economy, Dr. Greenspan recited a Winston Churchill quote as a source of comfort: “The United States invariably does the right thing, after having exhausted every other alternative.”
Share / Print