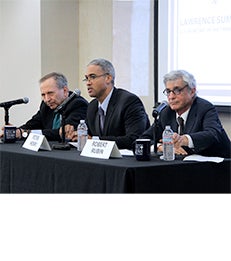 In an “off-the-record” session, Dean Peter Henry posed a series of policy questions to former Treasury Secretaries Robert Rubin (1995-1999) and Lawrence Summers (1999-2001) before an audience of MBA students. Dean Henry’s questions probed prospects for economic growth and crises in emerging markets, along with monetary and fiscal policies. MBA students also posed their own questions and had the chance to compare and contrast the two panelists’ points of view in informal discussions over lunch.

The session marked the launch of the Global Economy MBA course redesigned this year by Professors Kim Ruhl and Kim Schoenholtz. The course also features the first NYU Stern Economic Growth Competition. Teams of students will work to identify leading obstacles or risks to sustained economic growth in one of ten countries and propose a rule or policy change to promote stable, long-run growth. The top student projects will be judged by a panel of distinguished market economists, who will award the winning team the new Henry Kaufman Prize for Economic Analysis on April 30. 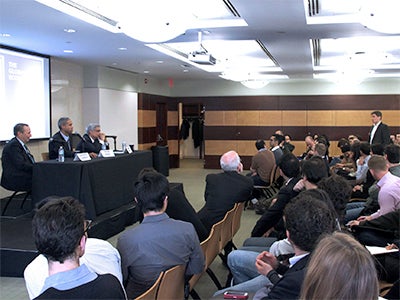 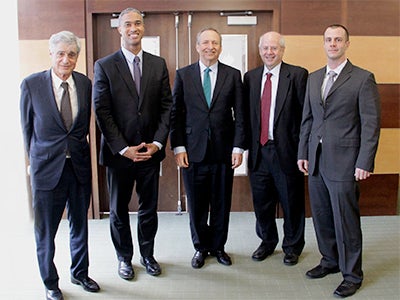