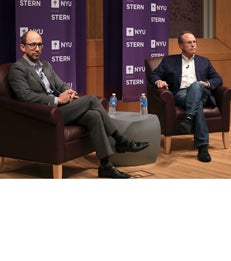 Make decisions about job choices based on where you’ll be able to learn the most. Worry less about titles and compensation.

Dick Costolo, CEO of Twitter, joined Professor Greg Coleman as part of a course on “Digital Media Innovation,” this semester. Coleman, who was appointed president of Buzzfeed in August, engaged in candid discussion with Costolo about his professional career and the current landscape in the media and technology sector.

Reflecting on his non-linear path to leading one of the world’s top social networking companies, Costolo described his start as a stand-up comedian in Chicago. According to Costolo, humor has been a valuable tool in diffusing tension and managing opposing views throughout his career. He also examined the lead-up to Twitter’s IPO as well as several new partnerships and initiatives at the company.

For students in the audience, Costolo shared several pieces of advice on leadership and careers: 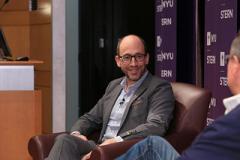 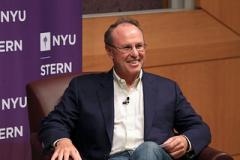