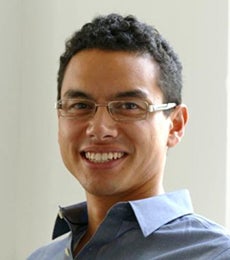 We had a chance to talk with recent Stern grad, Ben Wise, MBA ’13, about his path from nonprofits to consulting and ultimately to something of a dream job at the International Rescue Committee (IRC), a nonprofit organization that responds to humanitarian crises around the world. The IRC currently serves refugees and others affected by conflict in 40 countries and 29 U.S. cities.

Before you came to Stern, what was your experience in the nonprofit world?
In my early career, I was successful at finding jobs at organizations where I was passionate about the mission, but less successful at finding functional roles within those organizations that I found satisfying. Without a specific skillset, it was hard to find a niche where I could fulfill my potential in a way that would have impact. I decided to go back to school for training to gain core skills through an MBA rather than gain content or policy expertise through an MPA or other policy degree. The Dean’s message about developing talent that could tackle the world’s largest problems appealed to me, and social enterprise seemed to be part of the culture at Stern.

Why did you focus on consulting while at Stern?
I really enjoyed strategy courses and it was clear to me that strategy consulting would be a good fit, and would complement my academic training with real world experience. I knew that after a couple of years I would be able to come back to an organization with a mission I’m passionate about, so after graduation I took a consulting position at LEK Consulting.

What were you involved with when you were here at Stern?
I was on the board of the social enterprise association and was one of the first students to work with the Urbanization Project with Dr. Paul Romer, who is now the Chief Economist at the World Bank. As a student, we were working on a charter city concept for Honduras and presented a project to the Chief of Staff for the President of Honduras. We also built a business plan for a special economic zone in Liberia, which was presented to the Liberian minister of finance. Those were amazing opportunities that I hadn’t thought I would be doing at a business school.

How did you make the jump from consulting to IRC?
At LEK Consulting I developed a way of thinking that fit well with some of the challenges I had seen earlier in my career but didn’t quite know how to tackle. A couple of years in, and before I was even ready to leave LEK, a good friend from Stern, Matt Seden, MBA ’13, had been working  on a pro-bono project for IRC to set their five-year strategy while he was at McKinsey. He was eventually hired full-time by IRC to start a Strategic Projects team, and that’s when he brought me on. I now work not only with Matt, but with Austin Riggs, MBA '12, another Stern graduate.

What is your role at IRC?
IRC is a large organization with 12,000 staff in 40 countries, and an annual budget of about $700 million. We are a small team of four people working with the C-Suite to lead cross-cutting initiatives. In short bursts of work – usually 2 or 3 months – we help to structure and solve the organization’s toughest strategic and operational types of problems. The strategy consulting experience comes into play because we treat each project as an internal consulting project.

What are some of your greatest accomplishments at IRC?
There are a couple of projects I led in particular that I’m most proud of. The first was an initiative to rethink the way the IRC influences policy, which resulted in a new advocacy strategy for the organization. The other was a project designed to help build a stronger culture within IRC for data-driven decisions. The effort centered on training our program teams to consistently ask themselves two key questions: “Where do we stand?” and “What are we doing to improve?”

The most rewarding part of my job is to be in the room and contributing to the discussion when some of the most consequential decisions for the organization are being made. Even though I may be a junior person in a room with people who have 20 plus years of experience in the sector, I add value because of my consulting background and problem-solving approach. I feel like I’m having an impact.

Have you been involved with Stern since you graduated?
I’ve spoken at a few events, including Launch, and I still have a close network of folks from the Social Enterprise Association who have all gone on to do interesting things.

What advice do you have for someone interested in the nonprofit sector?
It’s important to understand that business training and MBA skills are highly valuable to nonprofits and public sector organizations. The trick is to find the right match. Matching is important to hiring managers because they want to know that the candidate has the interest and passion in addition to the skills, especially since the pay is typically less. It’s also critical to bring a strong sense of humility. Yes, I can bring business skills to the table, but I must always convey a deep respect for the skills of my colleagues, some of which have worked in very high-risk conflict zone environments, and are extremely experienced in delivering humanitarian programming.

Any favorite Stern memories?
I remember going through recruiting for consulting positions and experiencing an amazing sense of camaraderie with the students who were also going through it. Even though it seemed like we were competing for the same slots, we didn’t think about it that way, and it was valuable to have a support network during that time.