All Clear for Takeoff: Evidence from Airports on the Effects of Infrastructure Privatization 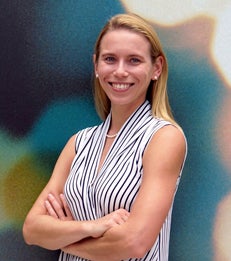 Overview: In “All Clear for Takeoff: Evidence from Airports on the Effects of Infrastructure Privatization,” NYU Stern Professor Sabrina Howell and co-authors conduct a global study of how privatization affects airport performance. They focus on whether the identity of the private owner—either an independent private firm or a private equity (PE) fund—matters.

Why study this now: Government-owned infrastructure assets, ranging from seaports to railroads to internet cables to bridges, have been increasingly privatized in recent decades. Airports – which are vital economic assets – have also undergone this process around the world. As of 2020, 437 airports (18% of all airports worldwide) have been privatized. It is important to understand whether changes in ownership to traditionally public-owned infrastructure result in improved service quality and financial performance.

What the researchers found: By examining airport ownership patterns for the past forty years, the study’s authors find that privatization and subsequent post-privatization acquisitions by PE funds results in better performance, including: The authors do not, interestingly, find benefits from non-PE private ownership relative to government ownership.

Key Insight: According to the authors, “privatization of infrastructure and the role of PE in such privatization is clearly an important topic of research. This paper provides evidence suggesting that PE plays a beneficial role in the privatization of airports.”

What does this change: In the U.S., there have historically been strong federal government incentives for airports to remain publicly owned and operated, and the airline industry has traditionally opposed privatization. This paper sheds light on the effects of privatization in this sector, and may lead to additional research studying if those effects are seen in other types of infrastructure as well.
Share / Print