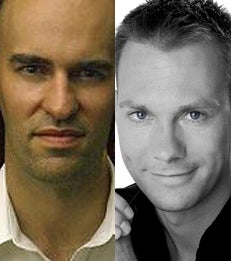 By John Asker and Alexander Ljungqvist

Our findings are consistent with the view that public firms’ investment decisions are affected by managerial short-termism.

By John Asker and Alexander Ljungqvist

Corporate investment is undeniably an engine of growth for the economy, but when it comes to stoking that engine, private firms do far better than public ones, according to new research by NYU Stern Professors John Asker and Alexander Ljungqvist.

In their paper “Corporate Investment and Stock Market Listing: A Puzzle?,” written with Harvard Business School Assistant Professor Joan Farre-Mensa, the researchers mined a rich new database of private companies that covered around 300,000 firm-years between 2001 and 2011, noting that more than 99 percent of US firms are private, including 86.4 percent of firms with more than 500 employees.

The authors found that investment among private firms is nearly twice that of public firms of comparable size and in the same industry. Additionally, private firms’ investment decisions are more than four times more responsive to changes in investment opportunities than among comparable public companies. Also, firms that choose to go public are much more sensitive to investment opportunities in the five years before their initial public offering than immediately after, when their investment behavior mirrors other public companies’. It appears, the authors write, that “public firms invest myopically.”

In searching for an explanation, the authors were able to rule out a number of key variables, including differences in age, lifecycle, tax and accounting choices, size, cash, and debt. Asker says, “We are left with differences in ownership and agency problems – stemming from the separation of ownership and control – as the leading candidates.”

Adds Ljungqvist: “Our findings are consistent with the view that public firms’ investment decisions are affected by managerial short-termism, which increases the hurdle rate used to evaluate investment projects and leads to lower investment levels and lower sensitivity to changes in investment opportunities.”

___
John Asker is an Associate Professor of Economics.