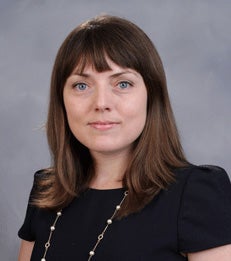 By Sinziana Dorobantu and Dennis Flemming

Clearly, the failure to recognize the risk of social conflict can cost millions of dollars and set investments back by years.

By Sinziana Dorobantu and Dennis Flemming

On paper, the project seemed like it would be a hit: The investment by the mining company would bring jobs and 21st-century technology to an economically poor area and tax revenues to the government. So why were citizens blocking the roads and protesting in the streets, drawing considerable attention from NGOs and the media and delaying the project?

This is a familiar scene for companies building mines, pipelines, oil fields, and, more recently, even renewable energy and large real estate projects. Look no further than the recent protests against the completion of the Keystone and the Dakota Access pipelines, or the opposition that stopped the development of the Cape Wind Associates’ offshore wind farm in Nantucket Sound.

Conflicts like these with local communities are not only divisive, they are expensive. For example, the delays associated with social conflict at large mining operations can run in the vicinity of $20 million per week. According to our calculations, Energy Transfer Partners, the company developing the Dakota Access pipeline, incurred over $800 million in damages as a result of conflict with local indigenous communities that quickly escalated when activists joined the protest and opposition campaign.

Clearly, the failure to recognize the risk of social conflict can cost millions of dollars and set investments back by years. Yet the same companies that spend months and millions tweaking operational details devote only a small fraction of their resources to understanding and addressing the social risks they face. The result is a limited ability to recognize how their decisions affect — and are affected by — local problems and concerns.

Read the full article as published by Harvard Business Review.