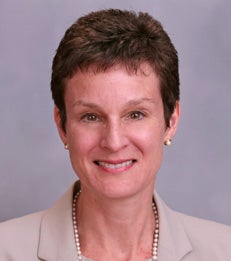 If an employee voices an opinion or concern, are they taking a risk or enhancing their status? In recent research, NYU Stern Professor Elizabeth Morrison found that, contrary to received wisdom, employees who constructively challenge the status quo and raise suggestions, concerns or opinions on workplace issues are likely to enjoy greater social status in the eyes of their colleagues.

In “Speaking Up and Moving Up: How Voice Can Enhance Employees’ Social Status,” Professor Morrison and post-doctoral visiting scholar Mona Weiss explored the extent to which speaking up at work caused an employee to be regarded as more confident and competent and also more other-oriented and helpful to others, and whether these perceptions enhanced their status. Rather than spotlight the individual as a troublemaker, they found that speaking up confers greater status among team members.

The authors tested their theory in three studies: a two-wave online survey, an online scenario-based experiment and a team-based laboratory experiment. All three studies showed that speaking up had a positive effect on perceptions of social status, and that this effect was partly explained by the fact that speaking up led to higher ratings of agency (i.e., the person was viewed as more confident and competent), which in turn led to their being judged higher in status.  The first two studies, but not the third, also showed that colleagues conferred higher status on individuals who spoke up because they were also perceived as more other-oriented.

The findings have practical implications for both employees and their organizations. For employees, the results suggest that by speaking up in a constructive way they can bolster their social status as well as help their team or organization. Higher status can make it easier for them to be influential and effective, which in turn can motivate them and improve their performance.

For the organization, employees who speak up can be a source of error correction and innovation. Moreover, employees who lack much formal clout can elevate their standing in the informal social status hierarchy by speaking up, mitigating some of the negative effects associated with lack of formal status and/or power, such as disengagement.
Share / Print