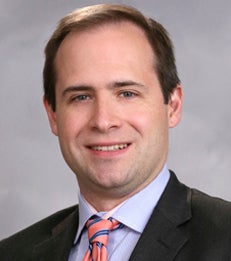 Over the past several decades, the extent of common ownership in competing firms by institutional investors has sparked policy debates about how the phenomenon has affected competition, pricing, shareholder value and strategic interactions between firms, among other considerations. NYU Stern Professor Christopher Conlon, in a new working paper, proposes a consistent and scalable approach to measuring common ownership, identifies firm characteristics that correlate with the phenomenon, and traces the theoretical impact of the trend on shareholder structures.

In “Common Ownership in America: 1980-2017,” Professor Conlon, with co-authors Matthew Backus of the Columbia Business School and Michael Sinkinson of the Yale School of Management, explored the importance of common ownership patterns at the macroeconomic level and the conditions that lead to their relative strength or weakness. They were able to address those issues by computing the implied common ownership profit weights for the full set of S&P 500 Index constituents by pairs, from 1980 through 2017 – a novel database they have made available. Profit weight refers to the weight one firm assigns to a competitor’s profit in relation to its own under the hypothesis that firms maximize the value of their investors’ portfolios.

“Revisiting the math of common ownership, we offer some simple insights on how the implied profit weights depend on investor concentration, growing adoption of diversified investment strategies, as well as some very particular assumptions on the nature of corporate governance,” the authors explain.

One result: the analysis showed how each factor contributed to a “staggering increase” in implied common ownership profit weights over the period. From 1980 to 2017, the average pairwise profit weights tripled from just over 0.2 to almost 0.7.

The research revealed that even though large index funds such as BlackRock and Vanguard have dominated the public debate on common ownership, much of the historic rise in common ownership incentives predates them, the authors write, and is driven not by a concentration in asset management but rather by a broader increase in diversification of investor portfolios.

Further, says Professor Conlon, “we find a strong relationship between common ownership and retail share.” A large retail share tends to inflate common ownership incentives by giving outsized control rights to a small set of large, diversified institutional investors, they found, and can lead to the practice of “tunneling,” or giving outsized control to those large shareholders. This undercuts the notion that a widely held firm protects smaller investors from expropriation.

To better inform the current policy debate on common ownership, the authors suggest that future research focus on understanding the mechanisms of corporate governance and the means by which common ownership incentives are or are not manifested, and to develop tests to detect common ownership.
Share / Print