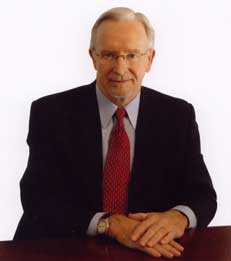 Dodd-Frank’s architects seem more like a group of regulators poised to grab and hold the pants up should they start to fall.

Of course I hope that the Dodd-Frank Act (DFA) will succeed. How wonderful if it provided six decades or more of financial stability and economic growth, as did the last great set of reforms, in the 1930s. Unfortunately, I doubt this will happen.

In the 1930s, the US chose to move away from universal banking toward a tightly regulated system. The reforms addressed both the era’s market failures and the moral hazards likely to arise as a consequence of the solutions—a belt-and-suspenders approach to regulation.

Dodd-Frank’s architects seem more like a group of regulators poised to grab and hold the pants up should they start to fall.

They missed an opportunity to streamline our regulatory architecture and make the system’s safeguards more automatic and less vulnerable to regulatory arbitrage and political interference.

To understand where they fell short, it’s critical to appreciate why the regulatory architecture of the 1930s met its demise.

It wasn’t a burst of free-market fundamentalism that motivated the removal of Glass-Steagall’s restrictions. By the time the Graham-Leach-Bliley Act passed in 1999, the regulatory architecture of the 1930s was long since dead, killed not by a set of beliefs about the markets’ ability to discipline themselves but by innovation.

Innovation occurred for many reasons: the end of the Bretton Woods system of fixed exchange rates created a need for currency hedging instruments and swap arrangements; high inflation rates inspired the development of certificates of deposit and NOW accounts; and regulatory arbitrage. New business models made it possible to evade the constraints of regulation.

That same drive to innovate, plus the incredible resiliency of the shadow banking system, create my unease about the Dodd-Frank Act.

All the runs at the start of the financial crisis occurred in the shadow banking sector —runs on wholesale funding markets, money market funds, and so on. Though this was acknowledged during the DFA’s passage and implementation, there remains a fundamental misconception about the nature of shadow banking and the essential role of regulation.

We want the Dodd-Frank Act to encourage innovation and competition; provide a transparent financial system; ensure safety and soundness; preserve the US position as a center for global finance; and deal effectively with problems of moral hazard and time inconsistency.

The Act improves transparency and identifies the right ingredients for safety and soundness. But there are big areas for concern.

In good architecture it’s said that form should follow function. The same is true in financial regulatory architecture—a concept the DFA ignores.

The Act worries about the dangers in the shadow banking system, and it gives the Federal Reserve the responsibility to identify systemically important financial institutions and set capital requirements for them. Nevertheless, it leaves the Financial Stability Oversight Council (FSOC) too much discretion regarding shadow institutions.

It was disconcerting last spring when the Treasury Secretary, who will head the FSOC, fretted about setting banks’ capital requirements too high because they might drive activity to the shadow banking sector.

Capital requirements are the backbone of safety and soundness. We shouldn’t lower them for banks and bank holding companies but rather apply them to all institutions regardless of form, at the level of markets and products.

The DFA, to be viable for universal banks operating across borders, must address this problem. Host countries will want to have capital associated with the markets where institutions are operating. The more closely proximate regulatory capital is to the markets and transactions that create risk by intermediation and maturity transformation, the more effective it will be at ensuring the system’s health.

Another question is whether the DFA solves the problem of too-big-to-fail—the major source of moral hazard in the system.

One view holds that the orderly liquidation the Act spells out will eliminate a major distortion in the financial system. But again, the flaw is too much reliance on discretion. Discretion leads to regulatory capture and time-inconsistent policies.

Take the FDIC. Although one of the most successful regulatory institutions to emerge from the 1930s, it was vulnerable to capture by financial institutions (and their political supporters) that did not want to “overfund” the insurance fund, thus leaving it underfunded in the S&L crisis.

The DFA is also off-base when it proposes that healthy institutions, rather than taxpayers, could cover the costs of resolving a failing institution.

This is time-inconsistent, because, in a crisis, surviving institutions will likely be stressed themselves. It may also encourage them to take more risk.

The problems of discretion and time inconsistency can be avoided. The orderly recapitalization of a firm could be built into its capital structure, enabling it to continue as a going concern. This is the spirit of the bail-ins and convertible bonds rapidly gaining support.

Ultimately, the DFA will be most successful if it is implemented with less room for interpretation and more focus on identifying banking and maturity transformations wherever they occur, rather than on traditional organizational forms.
Share / Print