Even a 14-Cent Food Tax Could Lead to Healthier Choices 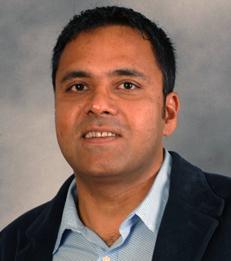 ...lower-income consumers, who disproportionately suffer the consequences of obesity, are particularly responsive to these small price incentives.
By Vishal Singh, Romana Khan and Kanishka Misra
More than one-third (37.7%, or 91.4 million) of U.S. adults are considered obese, which is among the highest obesity rates in the world. The condition shows a marked socioeconomic gradient, with significantly higher rates among minorities and the poor, and is associated with an increased risk of preventable chronic diseases, such as heart disease, stroke, and Type 2 diabetes. Estimates of the annual medical costs of obesity range from $147–$210 billion, approximately 40% of which is financed by Medicare and Medicaid.

Given these serious personal and economic consequences, what can be done from a policy perspective? Currently, the primary policy tool being used is what’s known as an information provision — think education programs and nutrition labels on products and restaurant menus, including the recent FDA decision to require information about added sugar on nutrition labels.

While information is important, there is scant evidence that providing consumers with it is effective in influencing people toward healthier choices. For example, studies on New York City’s menu-labeling mandate find that, even after five years, there is no evidence that people’s choices responded to the provision of calorie information on menus.

Read the full article as published in Harvard Business Review.

___
Vishal Singh is an Associate Professor of Marketing.
Share / Print ▼