The Fallacy of the Perfect Crystal Ball 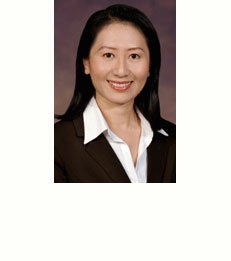 New research shows that financial forecasters who score a big hit by successfully predicting an extreme event – say, a stock market surge or crash – may be one-hit wonders rather than seers to follow. Based on a forecasting model, lab experiments and empirical studies, NYU Stern Management Professor Christina Fang and a Warwick University colleague, Jerker Denrell, argue that such singular success may be more a sign of poor, rather than good, forecasting ability.

In their paper, “Predicting the Next Big Thing: Success as a Signal of Poor Judgment,” Fang and Denrell show that “because extreme outcomes are very rare, managers who take into account all the available information are less likely to make such extreme predictions,” whereas those who rely on intuition and gut instincts are more likely to, in essence, go for broke. Just because they were right once is less an indication of an exceptional crystal ball than a warning flag for investors to move on.

Fang warns of the danger of blindly following a forecaster who happened to get it right on an extreme financial event or even the emergence of a wildly successful disruptive technology. “Irrational forecasters, who are more likely to … overreact to signals, are more likely to make such calls,” she says. While successfully predicting that something will become a big hit seems impressive, such star forecasters may have difficulties repeating the success. Fang argues that to the extent that this idea is not well understood, we may end up awarding “forecasters of the year” awards to a procession of cranks, or promote managers who overconfidently made a series of extreme predictions relying on intuition but neglecting available data.
Share / Print