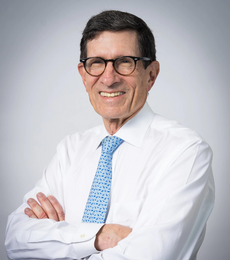 It’s been more than seven years since Paul Tucker warned of financial stability risks from outside the banking system. And it’s been more than a year since Don Kohn similarly spoke at Jackson Hole about unfinished business in financial stability policy and regulation, especially in nonbank finance, referring to the Task Force Report he co-chaired. Despite Tucker’s warnings, Kohn’s and others’ calls for urgent action, and the wake-up call from the ‘dash for cash’ following the pandemic shock, however, little has been done to address vulnerabilities in nonbank financial firms and in critical financial markets, which intermediate half or more of credit supplied, and whose resilience is critical for financial stability.

That’s dangerous because shocks that expose those vulnerabilities continue to emerge, including the ongoing conflict in Ukraine, an energy crisis in Europe and a global food crisis, central banks’ delayed and now-aggressive response to inflation, deflating asset prices, slower economic growth, and growing sources of climate, cyber and other risks. Indeed, the consequent evidence of rising and elevated volatility in bond markets and in economies signals increasing danger that may persist for some time. For example, the recent turmoil in the U.K. gilt market is in my view symptomatic of the vulnerabilities that these and other shocks are exposing.

It’s also dangerous because failure to build financial system resilience would not just be a financial and an economic problem. It likely would be a political one. The failings of the past two decades already threaten the credibility and legitimacy of the institutions charged with ensuring monetary and financial stability. Many people were dissatisfied after the Great Financial Crisis that those responsible for it weren’t held to account. Surging inflation poses new challenges to the credibility of central banks. It’s thus hardly surprising that trust in government, according to a Pew Research survey, has fallen to near historic lows.  The world can ill afford another financial crisis while such challenges confront us and our government. Promoting further financial system resilience could help restore trust and should be an urgent priority. Legitimate, and thus resilient, institutions are needed to do the job.

Read the full Macroprudential Matters article.
____
Richard Berner is Clinical Professor of Finance and Professor of Management Practice and Co-Director of The Volatility and Risk Institute.
Share / Print