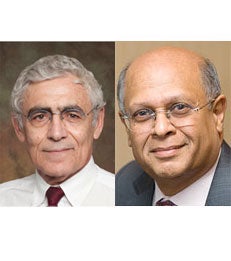 Our analysis of the trading volume and implied volatility over the 30 days preceding formal takeover announcements suggests that informed trading is more pervasive than would be expected based on the actual number of prosecuted cases.

Recent insider-trading prosecutions by the Securities & Exchange Commission may only be the tip of the iceberg, according to new research by NYU Stern Professors Menachem Brenner and Marti Subrahmanyam and a colleague at McGill University, Professor Patrick Augustin.

In their meticulously researched paper, “Informed Options Trading prior to M&A Announcements: Insider Trading?” the three experts determined that, stunningly, fully a quarter of all public company deals may involve some form of insider trading.

The objective of the study, according to the authors, was to investigate and quantify the pervasiveness of informed trading, at least partly based on inside information, in the context of M&A activity in the US. They conducted a forensic analysis of the volume, implied volatility, and bid-ask spreads of options over the 30 days preceding the formal announcement of acquisitions, focusing on the target companies in merger and acquisition transactions, but also providing some preliminary evidence pertaining to the acquirers. More speciﬁcally, they examined option trading volumes, as well as prices and bid-ask spreads, prior to M&A announcements in the US from January 1, 1996, through December 31, 2012.

Because M&A announcements are, among any but the inside players, among the least expected of events, the professors hypothesized this area could be fertile ground for their research. Further, they noted, in such transactions the nature of private information is clearly identiﬁed: in virtually all cases, there is a signiﬁcant rise in the target’s stock price upon the announcement. Indeed, their analysis of the data showed patterns that simply did not exist for any randomly chosen announcement dates, neither in the volume, prices, or liquidity.

According to the authors: “Our analysis of the trading volume and implied volatility over the 30 days preceding formal takeover announcements suggests that informed trading is more pervasive than would be expected based on the actual number of prosecuted cases.”

In a concluding understatement, the authors write that their research “may be of particular interest to regulators.” Perhaps, they suggest, their findings will eventually lead to a system that will be predictive of the cases most likely to involve insider trading.