Leadership in Banking: Getting things Straight 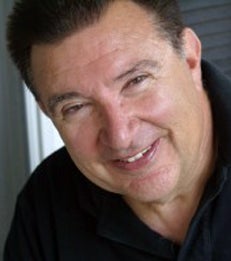 Ingo Walter just wrote an intriguing piece on “Thoughts on Reputation and Governance in Banking,” inspiring me, as he often does, to put my own two sense into the conversation.

First, while I am no "Frederick the Great" I do wish it was my quote and not his when he observed: “Banking is a very special business which should be the province of very special people.” The best I can do now is to thank Ingo for reminding us of this quote, and to say “ditto” to its author.

Yes bankers are very “special people,” but they seem to have forgotten who they are and what their “specialness” means. For example, didn't David Ricardo and Walter Bagehot—long before Paul Volcker—make the distinction between being a “banker” and an entrepreneur? Specifically, if I may paraphrase these great political economists: As an entrepreneur do what you will with your own money, but as a banker do not what you will with mine. Somewhere along the way, we have lost sight that bankers are not entrepreneurs and vice versa. Bankers have a fiduciary responsibility to others—not to themselves. But where are the bankers to ensure the realization of this responsibility?

I don’t know about you, but I have not met many "bankers" at cocktail parties and gatherings anymore. Instead, those I meet identify themselves as coming from specific product silos or islands of expertise. It’s like the Twilight Zone. There are banks out there, banking associations and numerous magazines written just for bankers. And, everyone—especially the press—tells us that the problems of the world are caused by "bankers." But nowhere can these curious creatures be found. Rod Sterling himself couldn’t have written a better script.

Certainly, there are bankers out there—and some good ones—but do they really run the banks anymore? Do they even have much influence? Starting with JP Morgan (Dennis Weatherstone) and Bankers Trust (Charlie Sanford), traders have increasingly taken over the helm of the major “banking” vessels of the world—as have the mergers and acquisition empire builders that lined up right behind them. For sure, entrepreneurship is in and is too often being confused with banking. Bravo to those entrepreneurs who choose to operate in the “shadows” with their own money. I equally say bravo to those bankers who are willing to stand up and be counted in their quest to serve others—as bankers—with a sense of caring, fiduciary responsibility and a desire to partake in helping to facilitate jobs and business growth.

Ingo Walter mentions that in the end, much of what we face is a question of leadership, which is perhaps the ultimate competitive advantage in the industry. I fully agree, but want to add just one observation. Specifically, my research into the neuro-sciences tells me that it's time we stop trying to lead changes in behavior. Instead, it's time to start leading a change in circumstances. The industry has become too cognitive and analytic. It has become non-empathetic and non-experiential. It has become focused on the customer—but the customer too frequently has become the bank itself. If we want bankers to stand up and demonstrate their responsibility, and caring for others, then we need to change the circumstances in which we put people. If we don't, we will continue to have failing expectations and regrets.