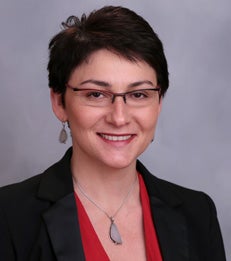 ... differentiating between outsourcing depth and breadth and considering how each impacts drivers of outsourcing outcomes will help firms develop a strategy that results in “rightsourcing” for them.

In today’s global services outsourcing arena, increasing numbers of companies adopt “multisourcing”; that is, they select and combine information technology (IT) and business services from multiple providers. The decrease in deal size, well-documented by the Global TPI Index, is one indicator that buyers are dividing their business among multiple providers. Gartner – which has promoted this term since the publication of the 2006 book Multisourcing: Moving Beyond Outsourcing to Achieve Growth and Agility by its consultants Cohen and Young – has been continuously emphasising multisourcing as one of the top trends in the sourcing of IT and BPO services.

There are, however, well-known risks involved in increasing the number of providers. Every sourcing manager knows that more vendors mean more headaches: more coordination issues, more searches, and more contracting costs. Yet these are only surface costs; a much more serious problem with increasing the number of suppliers within a single function – a practice commonly engaged by today’s buyers – is that the buyer may lose economies of scale within this function, thereby increasing production costs. These increased costs can be reflected immediately in higher bidding rates or creep in over time as vendors are unable to optimise the function they were charged with. For example, a large global bank outsourced its account reconciliation business to three different vendors getting what seemed to be a low charge rate from each due to competitive pressures. None of the vendors, however, had the right incentives to invest in a new information system necessary to optimise the function. Had the three contracts been combined, the investment in the system would’ve paid off within the lifetime of the contract.